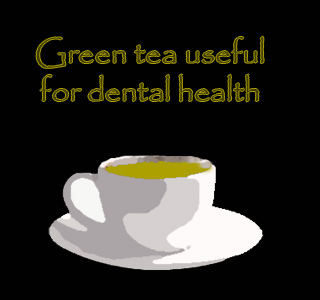 Green tea has many health benefits; it is especially beneficial in weight loss, heart health, and cancer prevention. Another positive health effect of green tea has been discovered by a latest study. It has been discovered that routine intake of green tea may help in promoting healthy teeth and gums. An analysis on the periodontal health of 940 men has revealed that those who regularly drank green tea had better periodontal health as compared to those who consumed lesser.

Green tea, which has long been popular in Asia, is now gaining fame in United States as well. The ancient Chinese and Japanese believed that the consumption of green tea could be capable of curing diseases and healing wounds. Scientific studies nowadays are beginning to establish that there might be something to these claims after all.

Study author Dr. Yoshihiro Shimazaki of Kyushu University in Fukuoka, Japan said, “It has been long speculated that green tea possesses a host of health benefits,” and he further added, “And since many of us enjoy green tea on a regular basis, my colleagues and I were eager to investigate the impact of green tea consumption on periodontal health, especially considering the escalating emphasis on the connection between periodontal health and overall health.”

The male subjects were examined on three indicators of periodontal disease; namely, periodontal pocket depth, clinical attachment loss of gum tissue, and bleeding on probing of the gum tissue. Periodontal disease is said to be a chronic inflammatory disease that affects the bone and gum supporting the teeth. It has also been associated with serious diseases such as cardiovascular diseases and diabetes. In the study, it was observed that for every one cup of green tea consumed per day, there was a decrease in all the three indicators. Thus, indicating a lower instance of periodontal disease in those male participants who regularly consume green tea.

Dr. David Cochran, DDS, PhD, President of the American Academy of Periodontology and Chair of the Department of Periodontics at the University of Texas Health Science Center, San Antonio, says that “Periodontists believe that maintaining healthy gums is absolutely critical to maintaining a healthy body. That is why it is so important to find simple ways to boost periodontal health, such as regularly drinking green tea – something already known to possess certain health-related benefits.”