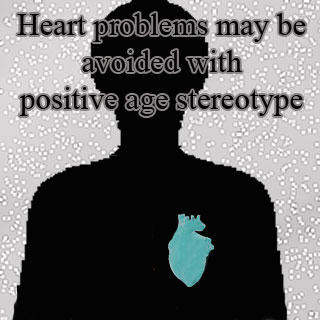 According to a latest study, younger people with strong negative stereotypes about the elderly, are more prone to suffer from cardiovascular problems like heart attack, stroke, etc. after growing old. This revelation was made by a researcher from the Yale School of Public Health.

This is said to be the first study of its kind to have traced early life negative age stereotypes to later life cardiovascular health effects. Their data was extracted from the Baltimore Longitudinal Study of Aging.

“We found that the age stereotypes, which tend to be acquired in childhood and young adulthood, and carried over into old age, seem to have far-reaching effects,” says Study lead author, Becca R. Levy, associate professor of epidemiology and psychology.

These findings were held after the investigators accounted for various other factors influencing heart diseases like depression, education, blood pressure, and family health history. The negative age stereotypes of the elderly that were reported, was that the elderly were “feeble” or “helpless.”

The process in which negative age stereotypes could have an effect on future heart health has been stated in the previously conducted studies by Levy and colleagues. They say that negative age stereotypes could increase a person’s stress response and thus decrease their likelihood to follow a healthy behavior, thus making them more vulnerable to heart related problems.

The investigators state that their findings hint at the possibility that reduced negative age stereotypes of younger people could offer them a better future health.

The study findings are present in the Psychological Science journal.