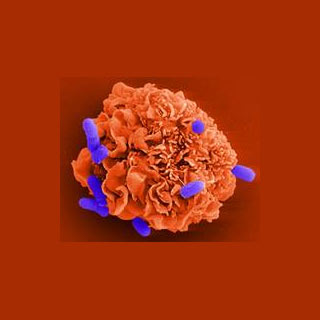 We all are familiar that an immune system protects against a disease by identifying and killing pathogens and tumor cells. The experts from Helmholtz Centre in Braunschweig in Germany analyzed how mast cells set immune shield on the right track. The immune system leaves out messenger substances during the event of an infection that can activate immune cells to fight entering pathogens or restrict them to prevent a large immune reaction. The immune system has to decide instantly how a successful defence is lead by mixture of activating and restricting messenger molecules.

Scientists revealed that hitherto diminished immune cells these cells are known as mast cells. These immune cells decide at the initial stage of an infection which way the defence has to move forward. They produce beta-interferon a crucial messenger substance during viral infection and not bacterial. There are mainly two reasons, the first reason being molecule helps to defeat viruses and the other reason is the important immune cells kill bacteria.

It is revealed that mast cells play a crucial role during allergic reactions which has made scientists ponder on this function until now. The mast cells lie beneath the skin and mucosae and react when an allergic substance enters the body. Due to this reddened mucosae, swelling, runny eyes, and a runny nose may develop. Mast cells have an important role but their function during pathogenic defence is not well understood.

“They wait precisely at that position where pathogens enter the body,” says Nelson O. Gekara, researcher in the group. “Molecular Immunology” at the HZI, “and thus belong to the very first line of immune defence.”

The HZI experts put together mast cells and pathogens in a petri dish. This was mainly done to investigate how mast cells react when they come in touch with bacteria and viruses. They then identified what messenger substances the cell produced. Scientists were able to detect mast cells as soon as a virus infection occurred and further identified beta-interferon produced by mast cells. It was observed conversely that no beta-interferon was found during a bacterial infection.

“Until now it has been unknown that mast cells can virtually decide whether they produce beta-interferon or not,” says Nicole Dietrich who did research on the mast cells. “During a viral infection, beta-interferon helps because it activates mechanisms in surrounding cells that support the virus defence.”

“To produce beta-interferon, immune cells have to absorb the receptors and transport them into the cell interior. During a bacterial infection, mast cells refuse to incorporate the receptor and thus do not produce beta-interferon”, says Nelson O. Gekara. This is another step towards understanding the complex network of messenger substances, immune cell and pathogen defence. “It seems as if every line of defence can precisely decide which step will be the next and best.”

Receptors on the surface of all immune cells are necessary for decision making. These receptors are known as ‘toll-like receptors’. They review mast cells as soon as pathogen enters the body. When the receptors are stimulated and they produce a number of messenger substances these messenger substances attract cells or keep them at a distance. They also review them or block them and therefore it regulates an optimized immune response.

The group’s results have now been published in the scientific magazine PNAS.