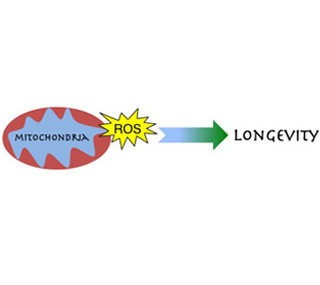 A couple of years ago, reactive oxygen species (ROS) molecules though beneficial were implicated in the aging process because of their damage to DNA. And now a new research by the Yale University claims that ROS molecules can act as cellular signaling molecules that extend lifespan. The findings allegedly provide a detailed explanation into the underlying mechanisms of the ROS signaling process.

In order to ascertain whether regulating ROS and their ability to act as signaling molecules could impact the aging process, experts studied a model of organism yeast. After inhibiting a signaling pathway named Target of Rapamycin (TOR), lifespan in yeast and mice was seemingly increased. A key way this occurs is probably by modifying the function of cellular powerhouses called mitochondria so that they produce more signaling ROS.

“The concept that ROS are important cellular signaling molecules, and not just agents of damage and stress, has grown to be widely accepted. Remarkably, in this study, we show that their purposeful production by mitochondria can even provide an adaptive signal that can delay aging,” explained lead researcher Gerald S. Shadel, Ph.D., professor of pathology and genetics at Yale School of Medicine.

The TOR pathway may operate largely the same in yeast as it does in humans. The connections to mitochondrial ROS signaling and aging appear more widely applicable. Researchers suggest that carefully augmenting mitochondria and ROS production in humans can help avert aging and associated diseases.

The research is published in the June issue of Cell Metabolism.