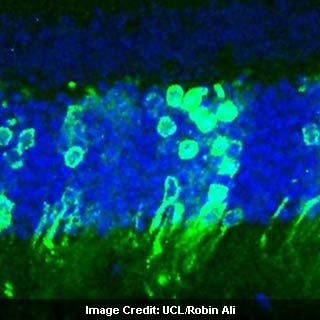 A treatment for blindness is like the best thing that can happen in medical science. A team at University College London (UCL) has demonstrated how implanting light-reactive photoreceptors could repair vision loss in mice.

In the analysis, the scientists transplanted cells from healthy mice directly onto the retinas of blind mice. The latter essentially lacked rod-photoreceptors in their eyes, which is the principal cause of blindness. Diseases like retinitis pigmentosa, age-related macular degeneration and diabetes-related blindness are included in this category.

“We’ve shown for the first time that transplanted photoreceptor cells can integrate successfully with the existing retinal circuitry and truly improve vision. We’re hopeful that we will soon be able to replicate this success with photoreceptors derived from embryonic stem cells and eventually to develop human trials,” cited Professor Robin Ali at UCL Institute of Ophthalmology, who led the research.

After a span of 4 to 6 weeks, the implanted cells seemed to function just like rod-receptors that are responsive to dim light. They also formed networks in the eyes to transfer visual processing information to the brain. Mice which were treated apparently located an object hidden in a dark maze faster, than the untreated lot.

This procedure could come as a ray of hope to those millions affected by blindness due to degenerative diseases. It may also have the potential to restore the nervous system as the brain connects with newly implanted neurons. In the initial research, the investigators revealed that the transplanted receptors should not be fully grown. In the current trial, the number of cells transferred to the recipient mice was increased, which appeared to successfully reverse vision loss in them.

The analysis is published in the journal, Nature.