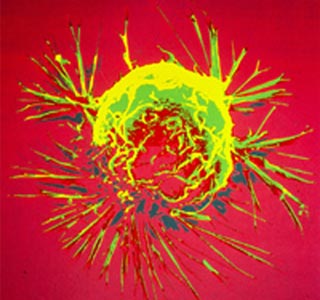 An attempt to uncover genes that may predict the onset of breast cancer, have resulted in the discovery of two genetic variants which are believed to increase the risk of developing this type of cancer. These two newly discovered genetic variants are said to be responsible for increasing the risk of developing breast cancer in European women. This paper is said to be a part of an on-going study led by the Harvard School of Public Health, Brigham and Women’s Hospital, and the U.S. National Cancer Institute, among others.

Co-author of both these studies, David Hunter, professor in cancer prevention, Harvard School of Public Health, says that, “By discovering these variants, we hope to understand more about the biology of breast cancer.”

It has been stated that women with family history of breast cancer, may have an increased risk of developing this disease. Thus, hinting at the probability that this disease may be genetically inherited.

The study investigators after conducting a three-part analysis on these subjects were said to have uncovered two previously unknown genetic variants that may be associated with breast cancer. The study investigators are very hopeful of their findings. They feel that this acquired knowledge could act as a predictor of the disease, which could in turn aid in customizing various cancer prevention programs for individual women.

Their findings have been published online in Nature Genetics.