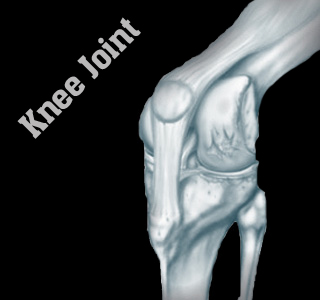 According to a latest study, a novel methodology has been uncovered which may be helpful in re-developing the damaged articular cartilage in a knee joint. This new procedure may be helpful in relieving the pain accompanied with osteoporosis. This study was conducted by the Rush Medical Center.

This new procedure, which is called the Cartilage Autograft Implantation System, involves the following steps which are carried out in a single surgery. First, the cartilage is extracted from the healthy tissue which remains in the knee. Following which, the cartilage is then broken into tiny fragments in order to enable it to grow and expand. This cartilage is later hooked onto a biologically re-absorbable scaffold, which are then together implanted into the damaged region.

A popular surgical treatment which is presently being used for regenerating cartilage is called micro-fracture. Unlike this treatment, the above mentioned novel procedure may be able to produce a tougher hyaline cartilage as compared to the ones naturally occurring in the joint. This revelation was made in the previously conducted studies by the Rush Medical Center.

It has been stated that following a pilot study conducted in 2006, up to 40 centers in North America are supposedly taking part in the clinical trial. This particular pilot study had apparently verified that the procedure was harmless and safe. At present, the investigators are said to be in the midst of evaluating if this procedure is equal to the efficiency of the micro-fracture, or possibly may be even better.

It is estimated that around 300 patients might be enrolled in this trial. A follow-up of about 48 months is believed to be conducted on the subjects for the purpose of the trial. It has been stated that these obtained results will be compared with the results gained from micro-fracture.

Study investigator, Dr. Brian Cole, an orthopedic surgeon, says that, “Microfracture promotes the growth of fibrocartilage, a weaker form of cartilage. It lacks the composition, structure, and functionality of articular cartilage, the type of tissue normally found in the knee joint. Fibrocartilage is unable to endure repetitive forces, and so it may eventually break down, even under normal use, requiring further surgical intervention.”

The novel procedure is believed to be capable of getting rid of all these complications. The investigators have further stated that their main goal is to create new articular cartilage which resembles the original tissue.