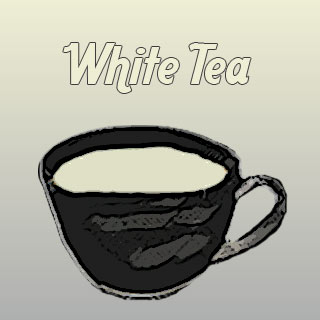 You must have heard of black tea and green tea, but have you heard of white tea? No, we are not making it up. There is actually a type of tea known as white tea. It is made from the buds and first leaves of the plant that are used to make black and green tea.

It seems that white tea may be useful in shedding excess body fat. This potential anti-obesity effect of white tea has been demonstrated by the experts from Beiersdorf AG, Germany.

White tea is said to normally be consumed in the Western countries. This type of tea is believed to be lesser processed as compared to the other types of teas. White tea is presumed to contain many factors which may be active on the human cells. These ingredients even include methylxanthines and epigallocatechin-3-gallate (EGCG), which is assumed to be held liable for the anti-adipogenetic effects that have been observed by these investigators.

This study was conducted with the aim of determining the effects of natural substances on obesity-related diseases. Therefore the effects of white tea were evaluated on cultured human sub-cutaneous pre-adipocytes and adipocytes (human fat cells).

Lead investigator, Marc Winnefeld says that, “In the industrialized countries, the rising incidence of obesity-associated disorders including cardiovascular diseases and diabetes constitutes a growing problem. We’ve shown that white tea may be an ideal natural source of slimming substances.”

These experts were said to have studied the biological effects of white tea extract, which is believed to be a processed version of the tea plant, Camellia sinensis. This extract was said to contain polyphenols and methylxanthines. These experts used this extract to treat lab-cultured human pre-adipocytes. Following which it was discovered that the triglyceride incorporation during the genesis of new adipocytes was reduced.

Winnefeld elucidates by stating that, “The extract solution induced a decrease in the expression of genes associated with the growth of new fat cells, while also prompting existing adipocytes to break down the fat they contain.”

These experts concluded the study by stating that white tea extract may succeed in efficiently reducing triglyceride accumulation without having any adverse effect on the cell viability. This is believed to be a good natural source to alter the life cycle of the human fat cells at the varying stages and also to bring about anti-obesity effects.