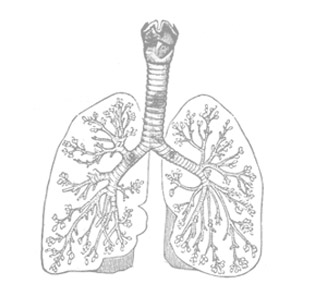 According to a latest study vaccines and potential treatments for cancer may soon provide novel therapeutical approaches post surgery for lung cancer patients. These approaches may seemingly be applicable to patients with early stages of lung cancer.

These experts have stated that various studies have demonstrated that these treatments may help in evading or postponing the recurrence of lung cancer in patients following their surgery.

Professor Paris Kosmidis, head of the second Medical Oncology Department, Hygeia Hospital, Athens, Greece, says that, “Personalizing therapy is the key strategy for longer and better survival in lung cancer. This is particularly important for early stage disease when following surgery, decisions about preventive therapy are based on specific prognostic and predictive factors.”

While presenting the study at the conference, the investigators described the way through which lung cancer patients would be identified who may have a higher likelihood of gaining from a specially designed vaccine. It was stated that the immune-boosting vaccine was specially designed to assist the immune system in detecting the MAGE-A3 protein in such patients. This particular protein was said to be expressed in almost one third of the people suffering from lung cancer. In the conference meeting, the investigators were seemingly going to illustrate the gene signature which may have the ability to foretell and identify the patients who were more likely to gain from the treatment.

The investigators have explained that, “Because the benefits of vaccination will be limited to a subgroup of patients, strategies to define these patients by means of biomarkers such as a genetic signature are of major clinical relevance, as only these patients might be candidates for vaccination in the future.”

It is believed that this particular treatment may be helpful to lung cancer patients in postponing the recurrence of the disease post their surgery. In order to test the validity and effectiveness of this particular vaccine, a phase III trial is believed to be in progress.

The study results were reported at the first European Multidisciplinary Conference in Thoracic Oncology, Lugano, Switzerland.