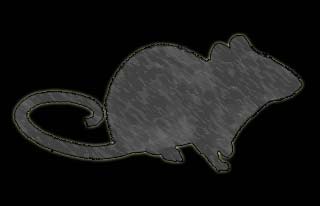 According to a latest study enriching the shelter place of reared animal models may boost their physiological process of wound healing. This claim has been made by the investigators from the Benson-Henry Institute for Mind Body Medicine, Massachusetts General Hospital (MGH) and Shriners Burns Hospital.

They have seemingly discovered that allowing isolated rats to build nests may relatively aid in improving their wound healing ability. This was seen in comparison with the rats also living in isolation but who were not provided with materials to build a nest. They presume that the noticed effect in these rats may in part be taking place due to the altered gene expression in those structures of the brain which deal with stress.

Study author, John B. Levine, MD, PhD, Department of Psychiatry, MGH, says that, “These findings are consistent with other animal studies that show how stress and social deprivation reduce physical well being, but our study is novel in showing that the detrimental effects on physical health can be reversed by environmental stimulation.”

Seemingly earlier studies on the topic were said to have suggested that an enriched environment may enhance the maternal behavior in rats. This may take place due to the hormone oxytocin which is associated with maternal behavior. Apparently, stress was found to have a negative effect on the wound healing ability of both animals and humans.

Previously conducted studies by these experts themselves was believed to have discovered that rats reared in isolation may have a greater likelihood of having poor wound healing and alterations in their brain structures related to stress. Therefore the present study was conducted with the aim of verifying if environmental modifications have a part to play in reducing the effect of stress on wound healing. These experts also wanted to evaluate the linked changes between brain activity and behavior.

Director of the Benson-Henry Institute, Gregory Fricchione, MD, says that, “The fact that giving these animals a behavioral intervention changed not only their behavior but also their physical health raises important mind-body questions that require further investigation in humans as well as animal models. It sets the stage for further studies to identify the mechanism accounting for this phenomenon.”

A link was administered between the effect of wound healing and the production of oxytocin hormone. They have also stated that further analysis on the topic may lead to better understanding of how this particular hormone improves poor wound healing which in the first place must have occurred due to isolation stress.

This report has been published in the online, open-access, peer-reviewed journal PLoS ONE.