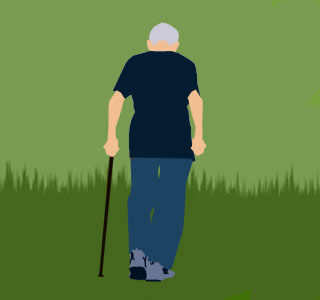 It is believed that over-weight cancer survivors may possibly reduce the level of their functional decline by following a proper diet and exercise regime. This presumption has been made with reference to older long term cancer survivors who may also be facing weight issues. This revelation was made by the investigators from the Duke University, Durham, N.C.

In order to evaluate this theory, a controlled trial was conducted on more than 600 elderly and overweight cancer survivors. These subjects were believed to have survived either breast, prostate or colorectal cancer. All of these subjects were randomly categorized into intervention group or control group.

The study investigators have stated that, “In 2008, the Centers for Medicare & Medicaid Services declared mobility maintenance and functional independence among at-risk older individuals as the sole priority in aging research. Older cancer survivors represent an important target because cancer and its treatment are associated with accelerated functional decline.”

Supposedly this trial was conducted over a period of 12 months. It included a home-based program of telephone counseling along with provided materials which promoted an enhanced diet quality, exercise and weight loss.

A dramatic difference was believed to have been noticed in both the groups. In the subjects in the intervention group a higher increase was noticed in their consumption of fruits and vegetables as compared to the control group. Similarly a decreased saturated fat intake was noticed in the first group as against to the latter group. Apart from this it was also stated that the subjects in the intervention group seemingly lost twice the amount of weight as compared to the latter control group.

The investigators have stated that, “In conclusion, this study provides data on a long overlooked, yet important faction in older long-term cancer survivors. Long-term survivors of colorectal, breast, and prostate cancer participating in a diet and exercise intervention reduced the rate of self-reported physical function decline in comparison with a group receiving no intervention.”

The investigators have ended the study by pointing out certain factors which future studies on the topic could possibly cover. Apart from evaluating its impact on the over-all health, these studies could also highlight the economical factors which may be linked with functional decline.

These findings have been presented in the JAMA journal.