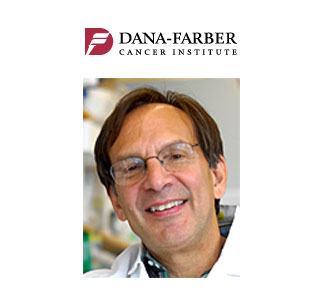 The drugs Avandia and Actos, termed as rosiglitazone and pioglitazone recommended to patients with type 2 diabetes appears to be very harmful. The medications have often been associated with heart attacks, heart failure, and strokes. Researchers from the Dana-Farber Cancer Institute and The Scripps Research Institute suggest that figuring out insulin resistance and action of the diabetes drugs can aid in estimating medications that are more potential and safer.

The drugs are assumed to act on a master regulatory protein known as PPAR-gamma, particularly in fat cells regulating genes involved in the body’s response to insulin. When a high-fat diet is the cause of obesity, changes in the function of PPAR-gamma and disturbance in the expression of those insulin response genes, namely adipsin and adiponectin may be reported. Both the drugs Avandia and Actos are ascertained to bind the PPAR-gamma and reverse alterations in the gene expression.

“Our findings strongly suggest that good and bad effects of these drugs can be separated by designing second-generation drugs that focus on the newly uncovered mechanism,” elucidated Bruce Spiegelman, PhD, of Dana-Farber, senior author of the report.

The drugs either stimulate or antagonize the PPAR-gamma receptor, boosting it to hasten some genes and ruin the activity of others. In the latest research, claimed to be a completely unknown mechanism has been tracked down. It is believed that PPAR-gamma can regulate whole-body insulin sensitivity by this mechanism. The mechanism may also enable diabetes drugs to countervail insulin resistance only and not their agonist effect on PPAR-gamma. The adverse side effects of both the drugs may be mostly due to the agonism of PPAR-gamma.

Jeffrey Flier, MD, Dean of the Harvard Medical School, a leading researcher in obesity, insulin resistance, and diabetes added, “I think this is a really important finding, and potentially very timely in light of the current discussions about Avandia.”

The discovered pathway which has been apparently associated with obesity and insulin response comprehends a protein kinase, or molecular ‘switch’ called as cdk5. The scientists explain that a chemical change in PPAR-gamma known as phosphorylation is derived on the activation of cdk5 by the development of obesity in mice. On the other hand, phosphorylation seems to have a narrow effect and disturbs a smaller set of genes that cause insulin resistance.

Flier, highlighted, “It may motivate pharmaceutical companies to take another look at compounds acting through PPAR-gamma that were taken to various stages of development but put on hold because they did not demonstrate strong agonism of PPAR-gamma. People may have been focusing on the wrong outcomes.”

Both Avandia and Actos not only afflict PPAR-gamma, but also block the phosphorylation of PPAR-gamma by cdk5. It is probably this effect that results in anti-diabetic benefits of the drugs. It has been ascertained that therapeutically agonism is not be required and often leads to immense toxicities. It may not be the agonist effects of several drugs on PPAR-gamma, but the capacity to block cdk5 phosphorylation that is vital.

The research findings also incorporate a German clinical trial, wherein patients were treated with Avandia. A link between betterment in insulin sensitivity and reduced phosphorylation of PPAR-gamma was highlighted.

The research is published in the July 22 issue of Nature.