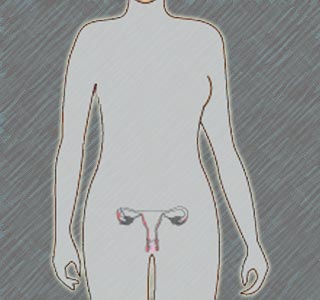 Two crucial proteins have recently been unveiled in mice, which are believed to be critical for the initiation of ovulation. The ERK1 and ERK2 proteins seem to be vital for ovulation, which could in turn lead to pregnancy. This discovery was made by the investigators from the National Institutes of Health along with other institutions.

NICHD director, Duane Alexander, MD, says that, “Ovulation results from a complex interplay of chemical sequences. The researchers have identified a crucial biochemical intermediary controlling the release of the egg. The finding advances our understanding and may one day contribute to new treatments for infertility as well as new ways to prevent pregnancy from occurring.”

The study investigators have explained that the immature egg is held in a covering of cells known as the ovarian follicle, which is itself made up of granulose cells. Seemingly every month, the pituitary gland emits hormones (follicle-stimulating hormone and luteinizing hormone) which influence the egg and the ovarian granulose cells to glow and further grow into a mature follicle.

It was further stated that halfway through the female monthly cycle, a huge amount of the luteinizing hormone is emitted which in turn causes the follicle to burst and thereby release the egg cell. Earlier, the experts were seemingly not aware of the exact mechanism of how the luteinizing hormone brought about the egg release and the granulosa cells’ development of progesterone.

However this study was believed to have indicated that the luteinizing hormone may be responsible for the emission of the ERK 1 and ERK 2 also known as extracellular-regulated protein kinases 1 and 2, respectively.

Though these two proteins are considered crucial for ovulation, there could also be various other ovulation-related molecules which are yet to be identified. These findings may hold potential for the treatment of infertility brought about by failure of ovulation. The findings could also aid in coming up with novel ways of preventing the onset of pregnancy by inhibiting the ovary’s egg release.

This study was reported in Science.