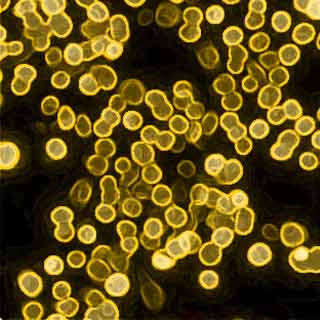 This trial may presumable be conducted on about 30 to 40 advanced solid tumor patients who may have perhaps been treated with all the available treatments. If this phase of the trail may succeed then these experts may even take it to the next level and conduct a phase II trail as well.

Seemingly, GSK’s 1070916A aurora kinase inhibitor is stated to be the third drug which has gained an entry into the Clinical Development Partnerships (CDP) program by Cancer Research UK. Inspite of being the third drug in succession, this is alleged to be the first one which may be available for use in patients.

Head of clinical partnerships at Cancer Research UK, Dr. Victoria John, says that, “We’re delighted to be working with GSK on this promising new molecule under our CDP initiative,” Further continuing that, “This deal brings our CDP portfolio to three and the total number of new drugs in our early preclinical and clinical pipeline to over 40, something we believe is testament to the specialist skills and capability of our drug development team.”

Apparently the CDP program is stated to provide the regarding companies with the optional model to traditional out licensing. This may in turn permit them to maintain their right over the compound throughout the duration of the program. This program, which was developed about 3 years back, seemingly took the de-prioritized anti-cancer agents from companies and conducting trials over them with the aim of developing novel cancer treatments.

Regarding the current deal between Cancer Research UK and GSK, Dr. Keith Blundy, chief executive of CRT, says that, “Pharmaceutical and biotechnology companies have always had to prioritise which agents they take into clinical development, but even more so in the current economic climate,” Further continuing that, “This deal with GSK demonstrates how Cancer Research UK and CRT can work with industry to speed up the development of anti-cancer drugs that might otherwise remain on companies’ shelves.”

This partnership deal may result in the development of new drugs for cancer patients. This is believed to have paved a new path for analyzing those drugs which were ready for clinic but were not prioritized for use in patients.

The 1st phase of this trial is believed to be initiated within the next year.