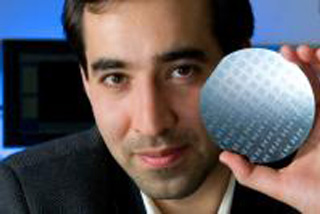 Ovarian cancer is one of the lethal tumors found in women and is usually diagnosed after it has reached the advanced stages. Scientists seek to decipher the mechanism of tumor metastasis in ovarian cells. Virginia Tech researchers have used ovarian epithelial cells from mice for getting an insight into the risks, diagnosis and effective treatment of ovarian cancer.

By examining the viscoelastic attributes of the ovarian cells of mice, scientists were able to distinguish between initial stages of ovarian cancer and more progressive as well as persistent phenotypes. The research combines nanotechnology with engineering and medicine. They examined the crucial characteristic of cells to get glued to other cells. These analyses on cell biomechanics and cell structure are critical for comprehending the development of cancer and drug targets.

“Increases in cell deformation “directly correlates with the progression from a non-tumor benign cell to a malignant one that can produce tumors and metastases in mice,” specified Masoud Agah, director of Virginia Tech’s Microelectromechanical Systems (MEMS) Laboratory and the lead investigator on the study.

An atomic force microscope (AFM) seemingly helps to formulate cell structure to nanoscale precision. The microscope analyzes live programmed cells and it is able to identify basic biomechanical discriminations between non-transformed and cancerous cells. The investigation suggests that cancerous cells may be soft and undergo deformation at a higher rate than non-transformed ones. Their fluidity also seems to increase.

Agah mentioned that no data regarding the biomechanical properties of both malignant and benign human ovarian cells existed. This experiment however, puts forth the process of cells undergoing transformation towards malignancy, modifications in size and finally elimination of the core design to the development into a morbid tumor.

The scientists differentiated cells as per their phenotype into early-benign, intermediate and late-aggressive levels of cancer with respect to their biomechanical features. The mouse ovarian cancer model supposedly presents an appropriate and new technique to understand the human cell lines and delivers important knowledge of the cancer’s progressive stages.

Cell viscosity is an essential property of a substance since every material shows some kind of time-dependent strain. This quality appears to be an imperative part of trials for biological cells. These findings throw light on effect of cytoskeleton on the biomechanical characteristics of cells. Alterations in these traits are apparently linked to the mobility of cells and their capability to intrude other cells. Agah concluded that as and when cells face changes in their viscoelectric attributes, they tend to acquire a high capability to deform, contract and move to other portions of the body through size-restraining pores of tissue or vasculature.

The research is published in the technical journal Nanomedicine.