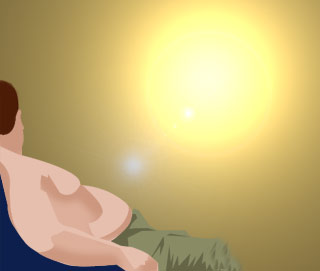 Skin cancer is said to have increased significantly over the past few years. After a surprising increase in the number of people diagnosed with this cancer, this disease is believed to have crossed the 10,000 barrier. This alarming estimation was seemingly made by the experts from the Cancer Research UK.

It has been estimated that the cases of malignant melanoma have supposedly even crossed 650 cases since last year. This increase is believed to have taken the number of diagnosed cases to more than 10,400 in the UK.

Malignant melanoma is stated to be the potentially life-threatening form of skin cancer. It is presumed that the reason for such an increase may even include binge tanning. Such tanning may take place either at home or on international trips.

In fact, Cancer Research UK figures evidently predict that the amount of cancer cases may increase to more than 15,500 by the year 2024. This elevation in the figures may make malignant melanoma the fourth most common type of cancer affecting people.

Sara Hiom, director of health information, Cancer Research UK, says that, “These figures show that a worrying number of people are being diagnosed with this potentially fatal disease. With the rates of malignant melanoma in the UK rising faster than any other cancer it’s more important than ever that people are aware of the dangers of getting burnt, either in the sun or from using sunbeds,” Further continuing that, “Most melanoma skin cancers are caused by over exposure to UV rays given off by the sun and sunbeds. But, crucially, if people are careful not to redden or burn, especially if they have fair, freckly or moley skin then most cases of malignant melanoma could be prevented. We advise people to enjoy the sun safely by spending time in the shade in the middle of the day, covering up with appropriate cool clothing and sunglasses and applying plenty of sun cream of at least factor 15.”