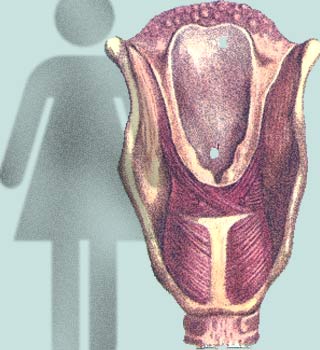 Well in case you are attracted to your lady much more at a certain time of the month, you are not to be blamed, it’s just her voice! An innovative study by researchers at the University of California shows that women when most fertile tend to speak with a higher tone of voice, making them more attractive to the opposite sex.

Though too subtle to actually identify in many situations, the study indicates that sex hormones are capable of changing the functioning of the voice box. Experts believe that there are no obvious signs to show that a woman is in her most fertile period much unlike other mammals. However the biology of men lets them detect even subtle changes in the sex hormones of women.

“Our study shows women change their voice in relation to fertility – and possibly only in social communication contexts. When speaking a simple introductory sentence women’s pitch increased during high – as compared with low – fertility and this difference was the greatest for women whose voices were recorded on the two highest fertility days within the fertile window – the two days just before ovulation”, revealed Dr Greg Bryant, a psychologist at the University of California, Los Angeles.

He further added, “The high- versus low-fertility difference in pitch was associated with the approach of ovulation and not menstrual onset – thus representing the first research to show a specific cyclic fertility cue in the human voice. We interpret this finding as evidence of a fertility-related enhancement of femininity consistent with other research documenting attractiveness-related changes associated with ovulation.”

As part of the study, the researchers recorded the voice of 69 female undergraduates during two phases of their menstrual cycle. While one recording was taken when their fertility was low, the other recording was taken when they were near ovulation. When these women were closer to the period of egg release it was found that their voice tones were more high pitched. This difference in the voice tone was discovered only when women spoke a simple introductory sentence and not for simple vowels.

These findings support previous studies that reveal about hidden signals sent by women about their fertility which men can supposedly identify, though sub-consciously. Earlier studies have also shown that men had a greater affinity towards higher pitched female voices finding them far more attractive. These studies suggest that men are in fact capable of detecting when a woman is most fertile by changes in behaviour, voice, scent and appearance.

The lead author however mentions that future research is needed to explore contextual effects on vocal production in association with the ovulatory cycle. Only thing we’d say is all you women kept it low, yes, especially if you don’t want men running crazy around town.

The study is published in Biology Letters.