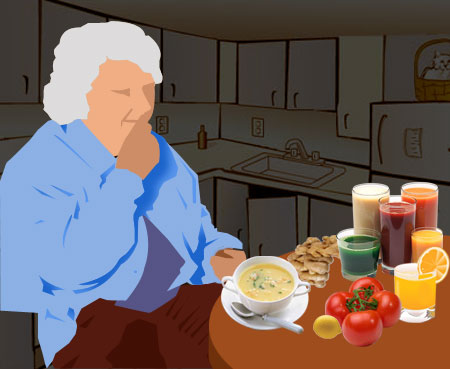 Cold, flu and fever could easily be credited for being the most commonly occurring illnesses on a daily basis. They affect almost everyone annually. Your grandmother or other elderly members may have numerous effective home remedies up their sleeves. They may be aware of many age-old remedies which may be useful in treating these everyday common illnesses. Their expertise and knowledge has brought in concoctions that could under a simple exterior do miraculous things once consumed.

We have illustrated a number of simple remedies to tackle these everyday illnesses in their initial stages itself. But before listing out these potential remedies we would like to get your attention towards certain factors which may be common for all the three illnesses.

Getting a good and a restful sleep in today’s world may be nothing short of a luxury. Therefore by getting plenty of rest you may be aiding your body in directing all its energy to fight against germs. Drinking plenty of fluids like water and juices may be a good way of keeping yourself well-hydrated and also keeping your throat moist. Avoiding the intake of cola, coffee and other caffeinated drinks may be preferable during such illnesses. Since these fluids are diuretic they may dehydrate you. Also alcohol consumption and smoking should be avoided during such a time. The next criterion would be to keep oneself well nourished. Consumption of raw fruits and vegetables are good because they provide the body with anti-oxidants, vitamin C, beta-carotene and other carotenoids which aid in boosting the body’s immune system.

Having listed out these common factors, let’s start an individual analysis of these illnesses. We shall start by describing these illnesses and listing their symptoms, which may be followed by the remedies for dealing with them respectively.

Cold may be described as a minor infection of the nose and throat which may be caused by various viruses. This is a contagious disease which can spread through droplets of fluid containing the cold virus from one person to another. This disease may be characterized by certain symptoms like nasal stuffiness, sore or scratchy throat, hoarseness, sneezing, cough or may be even fever and headache.

The patient is recommended to rest adequately and drink plenty of fluids. There may be certain over-the-counter medication drugs which may also be helpful against this disease. However these medications may not be suitable for use in young children and in those people suffering from asthma. Dabbing a menthol-infused ointment under the nose could open up clogged nasal passages. Breathing in the medicated vapors that contain menthol or camphor may aid in relieving cold-induced cough.

Apart from these, minerals, herbs, and products like honey, garlic, lemon, menthol and zinc among others are believed to be useful cold remedies. Vitamin C is believed to prevent the onset of cold; however its intake during the course of cold may be avoided. Foods like broccoli, cantaloupe, peppers, sweet potatoes, tomatoes etc. are vitamin C sources. However it was also stated that its daily consumption in excess could result in kidney stones and diarrhea.

The intake of freshly made hot and steamy soup could be beneficial against cold in more than one way. Sipping this fluid could help avoid dehydration. It is also believed to relieve inflammation. Besides inhaling the steam arising from this fluid may aid in easing nasal congestion.

Similarly drinking hot tea may also offer the same benefits as soup. Inhaling the steam may provide relief against congestion, while swallowing the fluid may soothe the throat and also keep one hydrated. Having said this, black tea and green tea are believed to have an added advantage of consisting of antioxidants which fight against various diseases. Apart from this, even ginger tea is believed to aid in relieving the symptoms of cold.

Garlic is long believed to consist of germ-fighting abilities. Apart from that horseradish is presumed to be an apt remedy for breaking up mucus in the breathing passages.

Gargling with warm salt water may relieve and soothe the inflamed membranes of the throat of a person suffering from cold. Breathing in steam may also be helpful in breaking up congestion in the nasal passage.

Sleeping with an extra pillow under the head may also be beneficial in relieving congested nasal passages. However this needs to be done in such a way that the neck or the back may not be pressurized in the bargain.

Like cold, even flu may be described as one of the most common types of respiratory illnesses in the world. People usually misconstrue the symptoms of cold and flu. Unlike cold, flu symptoms usually appear within a few hours of the person getting infected with its virus. Its symptoms may include muscle ache, fever, chills, headache, dry cough, fatigue, vomiting, etc. Flu symptoms are believed to be much more severe as compared to the symptoms of cold.

Vaccines may aid in shielding one from the flu virus. However since the flu viral genes continually change it may still make a person susceptible to this virus inspite of previously having taken a flu vaccine. For the purpose of keeping up with the differing strains of the flu virus, experts in the field are believed to continuously be on the look out for developing latest flu vaccines.

Anti-virals are stated to be prescription medications which constantly fight against the flu virus to stop it from replicating and spreading throughout the body. However in order to be effective against the virus, these medications are to be taken within the initial 12-48 hours of the onset of flu symptoms.

Over-the-counter treatments may be beneficial in the fight against flu. These may include the use of regular medication drugs to relieve oneself from the symptoms of flu. Medications may be taken to treat nasal congestion, cough, body ache and fever.

Apart from this certain non-medical alternatives may also be available for this purpose. One can reduce their chance of getting flu by observing personal hygiene and bringing about certain lifestyle changes. A simple act of regularly washing hands could not only prove to be potentially beneficial against flu but also against various other minor illnesses. The next option would be to use a tissue to cover one’s mouth when sneezing or coughing. This may reduce the risk of spreading virus from one person to another. But one important thing to remember is to immediately discard the tissue after use!

Fever may take place when there is an increase in an individual’s body temperature. Fever is believed to act as the body’s natural defense against those bacteria and viruses which don’t survive in high temperatures. A thermometer may be used to gauge the body temperature when suspecting of having a fever. Fevers of 104 F or higher are believed to immediately require home treatment or may be even medical attention. The main cause of fever is believed to be the immune system’s emission of certain chemicals which usually take place post an inflammation or infection. Fever symptoms include infections, convulsions, stiff neck, chills, high temperature, difficulty breathing, etc. In small children fever could also be characterized by seizures.

During fever, things which one can do to comfort oneself would be to ensure that there is adequate air circulation, drink plenty of water to prevent dehydration, not cover up oneself so as to avoid increasing the body heat.

Decoction made of holy basil leaves are believed to be useful in the treatment of fever. Similarly there are various other products which may be beneficial in the battle against fever. These include things like grapefruit, fenugreek, orange, saffron, raisins, apricot, honey, lime juice, ginger juice, turmeric etc.

Consumption of easily digestible foodstuffs may be good for such patients.

Ample amount of rest should be taken when suffering from fever. Apart from this it may also be beneficial to avoid any excess physical activity.

With the hope of having succeeded in providing information about the most commonly occurring illnesses, we have come to the closure of this article. We would like to believe that our readers may have found this article helpful and intriguing. However we would also like to stress on the fact that a doctor’s opinion is very crucial before the implementation of any of the above mentioned factors. This article may only act as a preliminary step taken towards dealing with these routine everyday diseases. Physician consultation is mandatory before adopting or trying to treat any particular disease or illness.