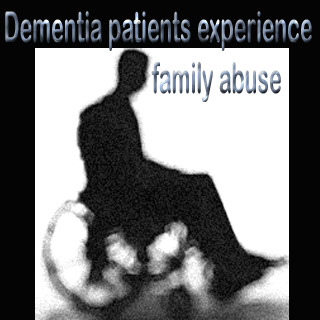 A latest study states that about 50 percent of family carers of people suffering from dementia report abusive behavior towards the patient whom they are caring for. The study results apparently didn’t surprise the authors, as they believe this is a common scenario as most of the dementia patients are cared for by their family members.

It is stated that the UK government will soon be implementing laws that will safeguard vulnerable adults. They are mainly concentrating on curbing the abuse brought about by paid-carers. However, this UCL study highlights the need of probing deep in to the situation in order to handle the problem that family carers are facing. This may solve the root cause of the issue. The study authors also wanted to determine the frequency of such abuses that were experienced by the patients. The investigators used the Modified Conflict Tactics Scale to measure the amount of abuse reported by the carers.

This study was conducted by the University College London (UCL). Lead author, Dr. Claudia Cooper, UCL Department of Mental Health Sciences, says that, “This is the first representative survey to ask family carers about abuse. It shows that abusive behavior towards people with dementia from family carers is common according to the scale used, with a third reporting ‘significant’ levels of abuse, and half some abusive behavior. We found few cases of physical or frequent abuse, although those with the most abusive behavior may have been reluctant to report it, or take part in the study in the first place.”

A survey was conducted on about 220 family carers of dementia patients recently referred to psychiatric care and living at home. It was revealed that more than half of the carers reported of abusing the person that they care for. Abusive behavior categorizes screaming, yelling, and frequent insulting or swearing at the patient. About 1.4 percent of the family carers even reported of significant physical abuse.

Their findings are published in the British Medical Journal (BMJ).