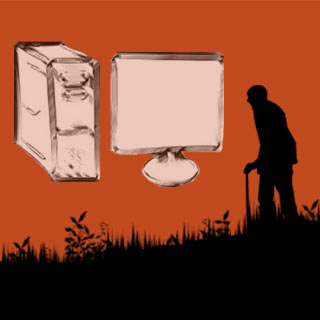 For the purpose of ensuring that the elderly may live comfortably in their own homes, numerous computer-based solutions have been implemented in order to make up for the lack of health-care workers. The technology required for the elderly is stated to be quite expensive and also the use of varying standards in home sensors may further result in more complications.

Therefore in order to overcome this criterion, the European Union is believed to have launched a series of projects which may aid in the development of novel tools for the care of older people. One such project is called the Mpower, whose alleged aim was to develop a computer platform with multiple benefits.

This particular project is stated to be in the midst of testing an uncomplicated communication system based on a computer screen. This system is evidently designed for those older people who may be suffering from a deteriorating memory. More so, this system is also presumed to do away without the need of a keyboard, thanks to its touchscreen technology.

The large and easy icons on the touchscreen makes its usage easily possible. Even health-care personnel and family members can use this screen to remind the elderly of an important task like taking their medications on time, or when their caretaker will arrive, etc. Not only this, the screen is also believed to have the ability to inform caregivers or family members if the resident’s appointment to the doctor or day-care unit has been kept.

Marius Mikalsen, project manager, says that, “SINTEF has been project manager here, and it is nice to think that what we are now testing in Norway was develop by the University of Cyprus in collaboration with two Spanish companies, and that it runs on a server in Austria.”

Since last summer, this system is believed to have been utilized by a number of older people in Trondheim and Grimstad. Some of the versions of the system are stated to make use of a global positioning system and sensors to provide the elderly smart solutions in the confines of their home. Apart from this the system is also believed to have the ability to alert the concerned personnel if the elderly may have entered an unsafe zone.

The Mpower project is presumed to come to an end in June 2009. It was even noted that SINTEF may attempt to extend this project with the help of the local authorities in Trondheim.