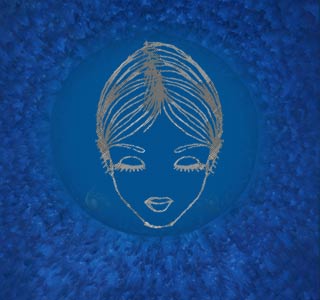 The experts from the presently conducted study were believed to have captured an image for the first time of the protein translation mechanism, which seemingly motivates long-term memory formation. This latest technique was evidently developed by the experts at the Montreal Neurological Institute and Hospital (The Neuro), McGill University and University of California, Los Angeles.

It is believed that for our daily survival and individuality, the ability to learn and find new memories are crucial as it allows us to navigate through the world. Supposedly, it is very essential to understand how memory traces are created. The ability to monitor it in real time will allow us a detailed understanding of how memories are formed.

Evidently, the findings of the study presented the first illustrative evidence that when a new memory is produced new proteins seem to have been locally formed at the synapse which appears to help in increasing the strength of the synaptic connection and thereby strengthening the memory.

Purportedly, there are two crucial properties of memory which seem to have been taken into account to know what might be going on inside the brain at the molecular level. First, in order for a humongous amount of data to be stored in the memory for a long period of time, a little amount of stability may be required. Second, the system needs to be highly flexible in order to permit learning and adaptation.

It is believed that for this purpose, the study experts may have mainly centered their attention on synapses. Supposedly, synapses are known to have formed an immense but also a persistently varying network of connections that are able to change and adapt, described as synaptic plasticity. This could be the reason that they are believed to be the fundamental basis of learning and memory.

Co-investigator in the study Dr. Wayne Sossin, neuroscientist at The Neuro has acknowledged that, “But, if this network is constantly changing, the question is how do memories stay put, how are they formed? It has been known for some time that an important step in long-term memory formation is “translation”, or the production, of new proteins locally at the synapse, strengthening the synaptic connection in the reinforcement of a memory, which until now has never been imaged.”

“Using a translational reporter, a fluorescent protein that can be easily detected and tracked, we directly visualized the increased local translation, or protein synthesis, during memory formation. Importantly, this translation was synapse-specific and it required activation of the post-synaptic cell, showing that this step required cooperation between the pre and post-synaptic compartments, the parts of the two neurons that meet at the synapse. Thus highly regulated local translation occurs at synapses during long-term plasticity and requires trans-synaptic signals” continued Dr. Sossin.

It is believed that long-term memory and synaptic plasticity may require changes in the gene expression. These findings of the study indicate that during neuronal plasticity the factor that interlinks this gene expression may involve regulated translation of localized mRNA at stimulated synapses.

Apparently, these findings seem to have been influential in establishing the molecular processes, which evidently may be involved in long-term memory formation and also shed light on the diseases which comprise of memory impairment.

This study has been published in the journal Science.