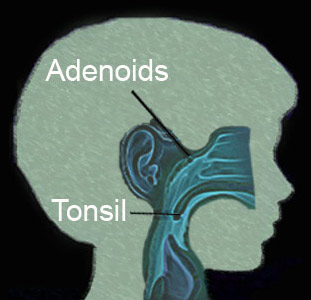 According to a latest study, a simple surgery done for the removal of tonsils and adenoid glands may be beneficial to children suffering from sleep-related breathing disorders. It seems that children with sleep-disordered breathing, who had undergone adeno-tonsillectomy slept and behaved better than before they had the procedure, for a period of about 2.5 years. This study was conducted by Julie L. Wei, MD, of the University of Kansas Medical Center, Kansas City and colleagues.

The study investigators have stated that even though greater improvements were evidently noticed in the sleep of the children 6 months after their surgery; most of this improvement was maintained in the long run.

“Specifically, ADHD, hyperactivity and behavior have been shown to improve at six or 12 months after adenotonsillectomy in correlation with improved postoperative polysomnography [sleep monitoring] parameters regardless of which instruments were used to evaluate behavior,” they continue.

It was stated that post their previous study of adenotonsillectomy on children with trouble breathing during sleep, many more evaluations have been conducted which support these observations. They apparently, agreed that sleep-disordered breathing may have a negative effect on the affected child’s behavior and cognitive development over a long term.

The experts from the presently conducted study were noted to have analyzed long-term follow-up data from some of the children that had earlier participated in the initial study. The parents of these children were notably required to thrice fill out a questionnaire evaluating their child’s sleep, i.e., before surgery, 6 months post surgery and again 2 years later. Apart from assessing their child’s sleep, parents also completed a questionnaire assessing a multi-part parent rating scale with sections about cognitive problems, ADHD symptoms, oppositional behavior and hyperactivity.

It was observed that most of the improvements in sleep and behavior were maintained over a long term, although the improvements were 6 months post surgery and then a little drop was noticed in it.

On this basis, it was estimated that if the behavior and sleep improvements continued to decline at the rate of 7% every year, as per the experts, then it would take a considerable amount of time for the children to return to their base pre-procedure level.

These findings have been published in Archives of Otolaryngology – Head & Neck Surgery, one of the journals of JAMA/Archives.