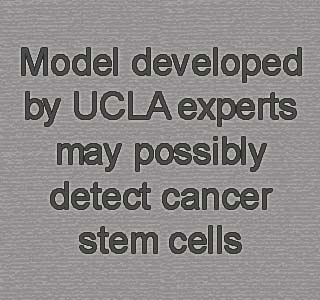 A team of experts are believed to have developed a model which may be used for deeper analysis of the cells suspected to be the core cause of all lung cancers. These experts believe that the discovery of a technique through which lung cancer stem cells may be isolated and grown could pave the way for further analysis. This could in turn aid them in evaluating the biologic mechanisms and also potentially identify targets for the development of novel therapies. This study was conducted by the experts from Jonsson Comprehensive Cancer Center, UCLA.

This novel model evidently permits these experts to verify and determine which markers in the specimens derived from the patients may potentially hint the presence of lung cancer stem cells.

Senior author Dr. Raj Batra, an associate professor of medicine and scientist at Jonsson Cancer Center, says that, “Our ultimate goal is to define lung cancer and the cells that cause it so we can develop more effective therapies.”

Apparently, over the years there have been two clashing theories about the origin of cancer. One theory states that all the cancer cells are equal and have the equal amount of ability to divide and form new tumors. On the contrary, the second theory suggests that only specific tumor cells, i.e. cancer stem cells, have the capability to give rise to new tumors.

It is believed that a small ratio of tumor cells may be categorized as cancer stem cells, which may make them difficult to detect and mark. The present anti-cancer treatments are believed to mainly be designed to aim and destroy the dividing cells. However, since the stem cells are believed to lie dormant or not divide actively, they may succeed in evading the anti-cancer drugs. After a point of time, these cells are believed to begin re-forming and thus creating a new tumor. This technique may probably help in understanding how certain people may still have a chance of experiencing recurrence even after staying cancer free for a long while.

Batra explains that lung cancer is believed to be an array of subtype with varying characteristics. A few are presumed to be invasive and rapidly replicate throughout the body, whereas some are believed to be drug-resistant. In order to evaluate and unveil lung cancer stem cells, these experts were stated to have studied the specimens derived from patients with malignant pleural effusions. This is noted to be a condition where an extraordinary amount of fluid is believed to get accumulated between the thin layers of tissue lining the exterior of the lung. The fluid from this condition was presumed to be helpful in developing a microenvironment where the cancerous cells could possibly remain heterogeneous. This could in turn aid the experts in the easy detection of the cancer stem cells.

Apparently these experts could successfully create heterogeneous cell cultures from the different specimens derived from the patients. All these specimens were noted to have molecular features hinting at the presence of cancer stem cells.

Batra explains that, “We feel we were able to do this because we used not just the tumor cells but also the cells that accompany the tumor cells and the fluid they are living and growing in. This will allow us to develop a more representative model of lung cancer.”

It is believed that better evaluation of lung cancer stem cells may lead to the development of new treatments which could possibly aid in fighting against this disease.

This study has been presented in the journal Public Library Science.