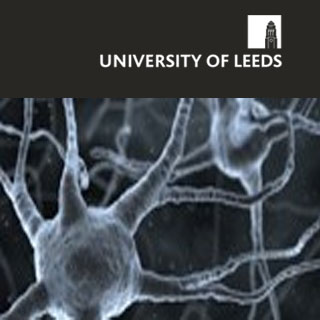 Amyloids are known to be fibrous protein deposits linked with diseases like Alzheimer’s and Parkinson’s. A novel discovery by scientists at the University of Leeds claims to have helped them better understand amyloids. The fibres were found to be toxic and the shorter the fibre, the more was its toxicity level. This finding could challenge accepted thinking of amyloids and may present new therapy targets.

Opening up a potential new area for therapeutics, amyloid fibrils were until now believed to be rope like structures made up of proteins called fibres. They were thought to be inert and the possibility of them having toxic phases in the course of their formation was probably not known. This toxicity could cause damage to cells and cause disease.

“This is a major step forward in our understanding of amyloid fibrils which play a role in such a large number of diseases. We’ve revisited an old suspect with very surprising results. Whilst we’ve only looked in detail at three of the 30 or so proteins that form amyloid in human disease, our results show that the fibres they produce are indeed toxic to cells especially when they are fragmented into shorter fibres,” mentioned Professor Sheena Radford of the Astbury Centre for Structural Molecular Biology and the Faculty of Biological Sciences.

Causing a wide array of diseases, amyloid deposits can amass at various sites in the body or even stay localized to a particular organ or tissue. Besides being found in the brain in diseases like Parkinson’s and Alzheimer’s, amyloid deposits may also be found in other parts of the body including joints, liver and many other organs. Besides, they have also been found to be closely associated with type 2 diabetes.

Professor Radford commented, “Problems in the self-assembly process that results in the formation of amyloid are a natural consequence of longer life. In fact 85 per cent of all cases of disease caused by amyloid deposits are seen in those over the age of sixty or so.”

Dr Eric Hewitt co-author and cell biologist added “What we’ve discovered is fundamental and offers a whole new area for those working on therapeutics in this area. We anticipate that when we look at amyloid fibres formed from other proteins, they may well follow the same rules.”

Observing a larger number of proteins that could form amyloid fibres is what the experts aim for in the next stage of this analysis shared Dr. Eric. In addition to this, they also hope to uncover the reason behind shorter amyloid fibres being more toxic than their longer correlatives.

The paper has been published in the Journal of Biological Chemistry, scientists at the University of Leeds.