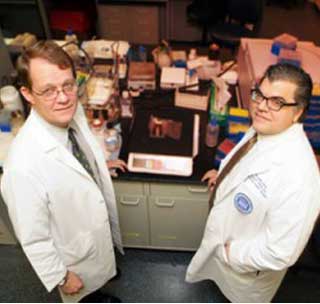 Many characteristics of the human body can be attributed to hormones. At this juncture, excessive hair growth looks like a major pitfall for women as it also leads to many other complications. Experts at the Georgia Health Sciences University have revealed that analyzing the chin, upper and lower abdomen is apparently a reliable method to gauge excessive hair growth in women, which is the hallmark of excess male hormone.

The team is of the opinion that examining the aforesaid areas is a minimally-invasive and right way of locating this hormonal problem. This technique is far better than full body assessments that are presently used.

“We wanted to find a way to identify this problem in women that was as non-intrusive and accurate as possible,” cited Dr. Ricardo Azziz, reproductive endocrinologist and President of Georgia Health Sciences University.

Azziz added that half the women with excess hair growth are seemingly more prone to insulin resistance, metabolic dysfunction, diabetes and heart disease. This kind of excess hair growth is called hirsutism and may be accompanied by menstrual and fertility malfunctions too.

For the present study, Azziz inspected around 1,116 female patients from 1987 to 2002 and another group of females from 2003 to 2009 who showed symptoms of androgen or male hormone excess. After much collaboration, the scientists gathered almost more than 50,000 specimens inclusive of fat, blood, urine, plasma and DNA from nearly 7,000 women.

Hirsutism also appears to be highly implicated in polycystic ovary syndrome, or PCOS that is a leading cause of infertility and other conditions like diabetes. It is also a major subset of androgen excess.

Currently, women undergo full body assessments including the the lip, chin, chest, upper and lower abdomen, upper arm, thigh and upper and lower back which is considered intrusive by subjects. It is supposedly cumbersome for professionals too.

The lead analyst is now speculating with other experts to locate multiple genes involved in insulin signaling, inflammation and androgen production for improving dignosis and treatment of the same.