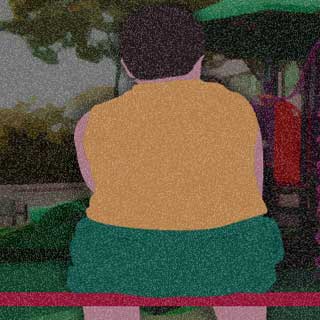 Are you one of them who seem to require a different reason to commit to a healthy diet and exercise? Or do you consider migraines as merely headaches? Apparently, people who suffer from migraine and obesity experience more emotional pain in contrast to those undergoing life-threatening conditions like congestive heart failure, prostate cancer, osteoporosis and high blood pressure. In fact, they seem to be more negative as compared to people who are diagnosed with depression.

In a study regarding healthcare influencers, AdSAM, a non-verbal method of measuring emotional response, and TNS Healthcare discovered that people suffering from some severe diseases seem to acknowledge and handle them better in comparison to other types of sufferers.

“People suffering from prostate cancer, seem to cope better than those suffering from migraine headaches,” says Jon Morris, Ph.D., the president of AdSAM and a communications professor at the University of Florida.

Supposedly, the findings of the study revealed that migraine, obesity and erectile dysfunction sufferers mostly feel afraid, disgusted and disappointed with their condition. It becomes extremely important for the physician to understand the emotional impact of these and other conditions. In addition, he is needed to assist the management as well as loved ones who seem to be helping a patient through the condition.

Allegedly, obesity sufferers feel most comfortable discussing healthcare decisions with influencers. According to the study findings, women are generally influencers in sufferers’ lives, such as their spouses, mothers, sisters or female friends.

Morris further said that, “Understanding the emotions surrounding the condition and the patients’ emotions towards the physician, as well as other influencers, has a major impact on how to communicate effectively with a patient.”

In addition, TNS Healthcare carried out a research regarding communications in healthcare. The results signified that an integrated communications program targeted to patients, physicians and influencers appears to be desirable. This is supposedly required to accomplish and impact people most effectively, particularly in today’s digital age.

There are innumerable occasions to look for healthcare information via the Internet and various other channels. The study also stated that noticing people’s true emotions could assist physicians in identifying individual needs and information-seeking alternatives.