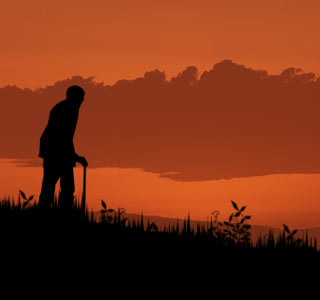 As discussed in a previously reported article, anemia may be instrumental in increasing the likelihood of death by patients with chronic heart failure. Similarly, a newly conducted research has stated that older people aging 85 or above, if anemic, may have an increased risk of facing death. This research was jointly conducted by Wendy den Elzen of the Leiden University Medical Center, along with others.

Anemia in the elderly is often believed to be associated with greater death risk and lowered mobility, depression, cognitive impairment, hospital admissions, etc. Apart from affecting the suffering individual, this may also affect health care needs and costs.

For the research, these experts were believed to have assessed more than 500 elderly people in the Netherlands. These 85 year old people were noted to have been followed for a period of about 5 years, till they aged 90. Seemingly, 27% of these subjects were noted to have prevalent anemia at the commencement of the research. Through the follow-up period, it was noticed that around 24% of the subjects originally not suffering from anemia, seemed to have developed incident anemia by the end of the assessment.

The risk of facing death was noted to be same in both men and women, and among people in long-term care facilities and in the community. After taking various other factors into consideration, the effect of anemia on physical function and cognitive ability was believed to have been neutralized.

It was concluded that anemia in the elderly may be linked with an increased risk of facing death, irrespective of co-morbidity. Apparently, the associated functional decline seems to be primarily responsible for co-morbid illnesses. However, further evaluations are believed to be required in order to gain a deeper and better understanding of this criterion.

These observations have been published in Canadian Medical Association Journal (CMAJ).