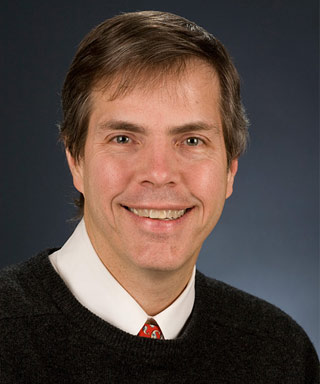 During the development of chronic leukemia, certain genes seem to be turned off soon, even before clinical signs of the disease appear. This was founded by a latest study led by researchers at the Ohio State University Comprehensive Cancer Center – James Cancer Hospital and Solove Research Institute.

It is estimated that approximately 15,500 Americans may perhaps develop CLL by the year 2009 and nearly 4,400 people could die because of this disease. Supposedly, the malignancy generally strikes people who are above 50.

This malignancy appears to occur by causing white blood cells called B lymphocytes to grow. Also, this tumor could lead to severe anemia and dangerous viral, bacterial and fungal infections. It was believed that an average survival is nearly eight to twelve years from diagnosis.

For the purpose of the study, experts examined cancer cells from patients with chronic lymphocytic leukemia (CLL) and also from a novel strain of mice which seemed to have developed a very similar disease. Ohio State cancer researcher Dr. Carlo M. Croce along with his group of colleagues seemed to have developed the animal model, called the TCL1 transgenic mouse in the year 2002.

Experts further stated that, the findings pointed to a plan for treating the disease earlier by utilizing drugs which could reverse such changes. Also, it would confirm the significance of the mouse model for examining CLL causes and treatment.

Furthermore, the findings revealed that a gene called FOXD3 may possibly play a crucial role in CLL. In addition, the gene appears to be silenced soon which is followed by the silencing of various other genes.

“Our data suggest that the silencing of FOXD3 might represent a very early gene involved the initiation of CLL that we can potentially target for re-expression with specific drugs. Next, we need to learn whether therapy to reverse this silencing can delay or prevent CLL progression,” says study author Dr. John C. Byrd, professor of internal medicine, director of the hematologic malignancies program at the James Cancer Hospital and Solove Research Institute and a CLL specialist.

Co-author of the study, Byrd stated that, “Data from this new study demonstrate a strong similarity in gene silencing patterns in the mouse leukemia and in human CLL, suggesting that the changes in the mice mimic critical changes in different stages of the human disease.”

“We know that human CLL involves the silencing of a number of genes, but we can look at human CLL only after patients develop the disease. This mouse model now allows us to look at events leading up to the disease and perhaps identify markers for early disease detection and the testing of new therapies,” elucidates Byrd.

It was noted that an earlier study performed by Byrd showed that that the disease in the mouse seems to have identical molecular and genetic features as human CLL. Thus the disease appears to respond to drugs which are used to treat it and it also develops drug resistance, similar to CLL patients.