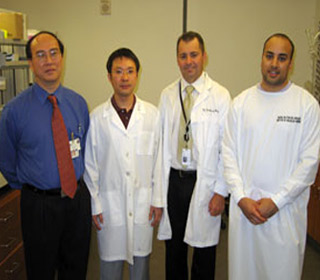 According to a novel study, ancient Chinese herbal formulas which have been utilized mainly for cardiovascular indications including heart disease may perhaps generate large amounts of nitric oxide. Apparently, nitric oxide is known to cause widening of the arteries. This study was put forth by experts from The University of Texas Health Science Center at Houston.

Nitric oxide seems to be essential to the cardiovascular system because it signals the inner walls of blood vessels to relax. This relaxation of blood vessels is believed to assist the flow of blood through the heart and circulatory system.

Supposedly, the messenger molecule also removes dangerous clots, lowers high blood pressure and reduces the development of artery-clogging plaque. Herbal formulas seem to have been a chief component of traditional Chinese medicines (TCMs). In addition, TCMs are noted to include acupuncture and massage.

C. Thomas Caskey, M.D., IMM director and CEO said that, “TCMs have provided leads to safe medications in cancer, cardiovascular disease and diabetes. The opportunity for Dr. Bryan’s work is outstanding given that cardiac disease is the No. 1 cause of death in the United States.”

For the purpose of better understanding this criterion, scientists performed laboratory tests on DanShen, GuaLou and other herbs in order to assess the herbs’ ability to produce nitric oxide. Ancient Chinese herbal formulas were used mainly for cardiovascular indications which appear to have been made up of three to twenty-five herbs. The formulas could perhaps be administered as tablets, elixirs, soups and teas.

Co-author of the study, Yong-Jian Geng, M.D., Ph.D. and cardiology professor at The University of Texas Medical School at Houston stated that a large amount of Chinese herbal formulas marketed in the US are not be regarded as drugs by the U.S. Food and Drug Administration. Evidently, they are considered as dietary supplements and are not regulated as strictly as drugs.

Furthermore, scientists were believed to have examined the capacity of the store-bought TCMs in order to widen blood vessels in an animal model. Study authors state that ‘each of the TCMs tested in the assays relaxed vessels to various degrees.’

Study senior author, Nathan S. Bryan, Ph.D. and an IMM assistant professor claimed that the findings revealed that ancient Chinese herbal formulas ‘have profound nitric oxide bioactivity primarily through the enhancement of nitric oxide in the inner walls of blood vessels, but also through their ability to convert nitrite and nitrate into nitric oxide.’

“Further studies should be considered in humans, particularly those with cardiac indications. Hopefully, we will have more data to report in the near future,” says Geng.

Ancient Chinese herbal formulas appear to have been completely incorporated into the healthcare systems in some parts of Asia. Also, they are often seemed to have been considered as an alternative medicine in Western nations. Study senior author, Bryan was of the opinion that part of the reason, may be that till recently little was known about how these ancient Chinese herbal formulas function.

The findings of the preclinical study by scientists in the university’s Brown Foundation Institute of Molecular Medicine for the Prevention of Human Diseases (IMM) will be soon published in the journal Free Radical Biology & Medicine.