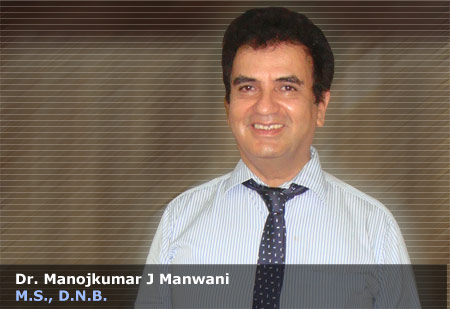 Common body surgeries for both men and women include liposuction, abdomenoplasty, etc. On the other hand, surgeries especially for the ladies include breast augmentation, breast reduction, vaginoplasty, mastopecsy (forming of breast); whereas common surgeries for men are liposuction and gynecomastia. Some men tend to develop male breasts, and for this purpose gynecomastia is undergone so as to rectify this problem. Other commonly conducted cosmetic surgeries on men include surgeries related to the genitals, for instance penile lengthening, penile growth augmentation, etc.

How has cosmetic surgery changed over the past few years? Previously such treatments were more easily available abroad, but now they are available nationally as well.

Most of my clients come from abroad. They come from countries like Australia, America and London. The two important factors which bring these patients here is their faith in the surgeries conducted in India. They come here because they trust Indian doctors and also because here surgeries are more cost effective. If they want to undergo the same surgery in their own country then they will have to shell out pounds. Therefore undergoing the same surgery in India appears to be more economical.

So, especially for the surgeries these patients come here or is it due to some another purpose that they are here?

My patients usually come especially for the surgery. Sometimes they also want to visit other places in India, like Goa, etc. so they plan their trip accordingly.

Since liposuction is so-to-say artificial removal of fat from the body, does it have any ill effect on the body later on? Does liposuction disfigure the body, later on?

No, it doesn’t. After liposuction, we provide the patients with corset, which is like tight clothing. That particular patient is required to wear this outfit for nearly 3 weeks or a month, so that it helps them in maintaining their body shape.

Earlier you mentioned the various kinds of surgeries that are performed. But actually what percentages of people undergo these cosmetic surgeries?

Things are changing now, because most of my patients are professionals. They are all educated and know all about the subject. So the mindset has changed completely. They know that they want to look good and perfect, so that is what is important for them. Even in one’s professional and business life, appearance matters a lot. And people have realized this, and so they opt for such cosmetic surgeries.

What is the approximate cost for undergoing a particular surgery?

Costs also depend on the type of corrections that they require. In order to minimize the cost, particular packages are also available. Following which the charges for cosmetic surgery on the body include, liposuction for Rs. 80,000 which includes the admission cost also. Gynecomastia itself costs around Rs. 30,000-Rs. 60,000 depending on the size of the breast. Breast surgery, by itself, usually costs around Rs. 80,000. 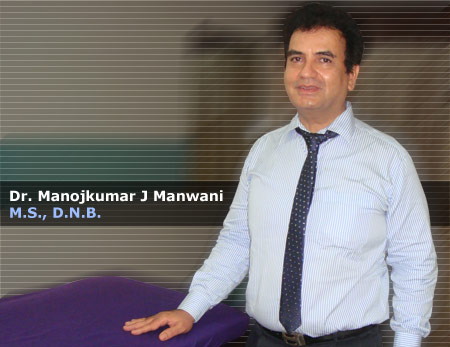 Are there any risks involved before or after undergoing such surgeries? Are there any side effects which occur post-surgery?

In any surgery, side effects do take place, but we try our best to minimize them as much as possible. Because I believe that cosmetic surgery should be safe and then only will person opt for it. If it is not safe, then there won’t be any point in going through with it. Other than this point, most of the surgeries are safe because they are done under local anesthesia. So the complications normally associated with general anesthesia are avoided. Although most often surgeries are safe; sometimes fluid collection or haemotoma may take place. However, these are minor complications that could occur can also be rectified accordingly. So, there are no permanent side effects.

Are there any precautions that people can take after surgery? For instance avoid smoking or excessive sun exposure.

Yes, there are a few precautions that people can take. Alcohol consumption is to be prohibited both before and after the surgery for a short span of time. Because in the presence of alcohol, there can be a tendency of bleeding or chances of infection taking place. So for this purpose they are to be avoided for sometime. Another factor is that, heavy exercises should also be restricted for a period of about 3 weeks.

People often undergo surgeries, not due to any physical issues, but to beautify themselves or to improve their relationships? Would you like to comment on this?

Sometimes, undergoing these surgeries help people psychologically. Supposing someone’s nose is not properly shaped, then they may have inferiority complex. So, by undergoing such surgeries, an improvement takes place in their physical appearance, due to which their confidence level also gets boosted. Apart from that, even a small chin can affect the confidence level of a person. So, once these problem areas are corrected the person feels better psychologically as well.

Would you recommend people to undergo such surgeries or to be happy with the way God has naturally created them?

Actually, in today’s world nobody can be called perfect. But I think that if in your life you get a chance to improve your appearance; then why not go ahead with it? Especially when all its facilities are easily available. And because we try to minimize the number of side effects, there are lesser adverse effects resulting due to such surgeries. And when there are lesser side effects, then people can easily go through with cosmetic surgery.

Approximately, how much time does it take to undergo a particular surgery?

Usually the amount of time that a surgery takes can vary from one hour to six hours. Minor surgeries hardly take an hour to conduct. Especially, when it is done as an OPD procedure then the patient can go home immediately. On the other hand, larger surgeries can approximately take around 5 to 6 hours.

Have any of your surgeries ever gone wrong?

Surgeries usually don’t go wrong, because we take all the precautionary measures required to avoid any mishaps.

Do you have any celebrity patients? For what kind of treatments do they usually come to you?

Since we are practicing in Juhu area, which is a well known and popular area in Bombay, India. You can say that we do have a few celebrity patients. These celebrities usually undergo facial surgeries, like rhinoplasty, chin augmentation, blepharoplasty, etc. Tummy tuck and liposuction are also quite common with celebrities.

As it is quite commonly known that Michael Jackson had undergone many face surgeries which had left his face disfigured and completely different from what he was before? Do you feel that is it justifiable and safe for people to undergo so many surgeries?

We don’t know for sure the kinds of surgeries that he had actually undergone. But, multiple surgeries should be avoided, because they may weaken that particular portion and may as a result develop certain complications. We, ourselves, usually advice our patients to undergo a limited amount of surgeries. When patients come with many demands, we advice them to reduce their demands; because overdoing certain things may give rise to complications.

What is your most memorable experience or unexpected surgery that you have been asked to conduct, till date?

One surgery that I would like to comment on is about a beautiful girl who had visited my clinic. Although according to me she didn’t require to undergo any surgery, she insisted on it. She said she has eyes which resemble those of Nepali’s, and she wanted eyes which look Indian. I had to study for this surgery, after which I conducted the surgery on the girl and the results were quite good. That you can see on my website, CosmeticSurgeryMumbai.com

Apart from this, are there any other comments that you would like to make, which may interest our readers and they may want to visit your clinic?

I would like to talk about gynecomastia, i.e. surgery to treat male breast. Men suffering from this condition, often have inferiority complex. Due to this, they can’t freely hit the gym or go for a swim in a swimming pool. Therefore this particular surgery is conducted for their own self satisfaction. The surgery involves the removal of abnormal tissues, and once the tissue has been removed cosmetically, these patients develop a lot of confidence. This is a very satisfying surgery. Another surgery that I would like to comment is about a trauma surgeon from London who had visited me for liposuction. It is a great thing, that even other doctors are aware of these cosmetic surgeries.

Do you have any other branches all over India?

No, I am practicing only in Bombay, India.

HJ: While we thank Dr Manoj Manwani for providing us this detailed information regarding cosmetic surgery in India, we also hope to have resolved a few queries concerning certain aspects of cosmetic surgery.