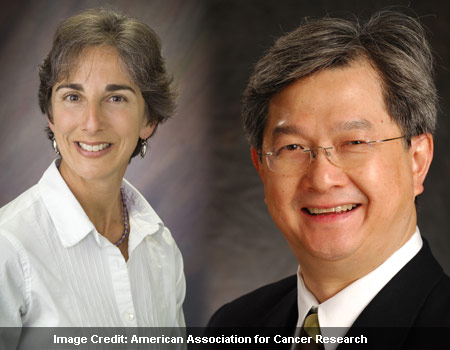 The latest research from experts at the University of Pittsburgh School of Medicine and Cancer Institute and University of California claimed that microRNA apparently present in the saliva may help in the detection of oral cancer. The researchers apparently discovered the presence of at least 50 microRNAs in the saliva.

MicroRNAs are molecules produced in cells. They seem to have the capability to concurrently regulate activity and evaluate the behavior of multiple genes. Researchers are of the opinion that this may hold the key that may lead to early detection of cancer. The appearance of microRNA profile in saliva supposedly represents a major step in the direction of the early detection of oral cancer.

Jennifer Grandis, M.D., professor of otolaryngology and pharmacology at the University of Pittsburgh School of Medicine and Cancer Institute and a senior editor of Clinical Cancer Research commented “It is a Holy Grail of cancer detection to be able to measure the presence of a cancer without a biopsy, so it is very appealing to think that we could detect a cancer-specific marker in a patient’s saliva.”

David T. Wong, D.M.D., D.M.Sc., Felix and Mildred Yip Endowed Professor at the University of California, Los Angeles School of Dentistry mentioned “The oral cavity is a mirror to systemic health, and many diseases that develop in other parts of the body have an oral manifestation.”

The microRNA levels in the saliva of 50 patients with oral squamous cell carcinoma and 50 healthy control patients were measured by Wong and his colleagues. Apparently it was seen that two particular microRNAs, miR-125a and miR-200a were present at a considerably lower level in patients with oral cancer as compared to the healthier controls. But as per Wong, this analysis has to be confirmed by a larger and a longer examination.