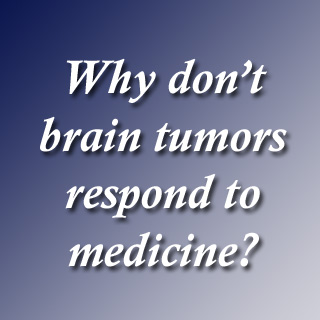 Critical diseases may rarely get cured and apparently do not respond much to medication and treatment. This is supposedly because such diseases may be diagnosed in the later stages and treatment to such diseases at that stage becomes very tough. It now appears that malignant brain tumors are frequently not able to respond to promising new medication. A research conducted at Heidelberg claimed that a mechanism and tumor marker for the development of this resistance was supposedly discovered.

Information as to how good the chances for chemotherapy are may be supplied by a ‘death receptor’. Simultaneously, a new approach for promising brain tumor therapy may be offered by it.

Dr. Wolf Muller, senior consultant in the Neuropathology Department at the Institute of Pathology of Heidelberg University Hospital, and his team apparently were able to demonstrate that particular brain tumors (astrocytomas) may disable a critical protein on their cell surface. These appear to be the so-called death receptor. The cells may die as the medication apparently docks on to this receptor. Whether or not a therapy has a chance of success could be found using an intact ‘death receptor’ as it may serve as a tumor marker.

Principal brain tumors may develop from brain cells, in particular their most malignant variant the glioblastoma, may have a very poor prospect. Patients with a glioblastoma may die within 2 years of identifying the disease even though several therapies are calimed to have been tried out. In order to develop more efficient treatment, the researchers are apparently working at a great tempo to get more familiar with the biology of these tumors.

The researchers in Heidelberg scanned several primary brain tumors, astrocytomas, which also supposedly include glioblastomas and apparently found that the gene for the death receptor DR4 may be switched off in up to 75 percent of cases by what is called as ‘promoter methylation’. This may indicate that methyl groups gather at the segment of the gene that is essential for its activity (expression). The gene may be silenced as the gene’s information may no longer be read.

The death receptor DR4 may be a striking objective for receptor-specific therapy. Luckily, an already-existing drug, Mapatumumab, an antibody protein apparently fastens directly to the receptor and may prompt the death of the cell. This drug is presently being tested in several clinical studies (Phase II) for other solid tumors, e.g. lung cancer.

For gliomas, treatment with Mapatumumab seemed to be predominantly interesting as the death receptor was generally found only on tumor cells and not on other brain cells. Surgical removal may not be viable and chemotherapy appears to be very complicated as glioma growth is supposedly invasive into the brain tissue. Chemotherapy with Mapatumumab may be able to reach all tumor cells and kill them while sparing healthy brain cells without receptors reveal the researchers.

In cell culture trials, the researchers have apparently already been victorious in reversing methylation and supposedly making the death receptors functional again as tumor cells appear to have responded to the drugs and died off. The cells may become resistant again if gene expression was again suppressed.

Dr. Wolf Müller explained, “Therapies that are capable to switch on specific individual genes by these manipulations do not yet exist. But being aware of the tumor markers can point the way for the development of new therapies whose goal is gene manipulation.”

Experts suggest that targeted assessment of tumor tissue prior to therapy may make it likely to recognize patients with a supposed intact death receptor. They further divulge that these patients may have good conditions as an advantage from the promising therapy, whereas other patients would supposedly be spared of the side effects of ineffective treatment.

This research was published in the journal Clinical Cancer Research.