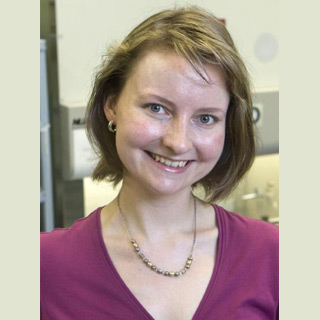 Carbon nanotubes may have many thrilling possibilities; few of them may be in the area of the human nervous system. The current research has shown that carbon nanotubes may aid in regrowing nerve tissue or ferry drugs which may be used to mend damaged neurons related to disorders like epilepsy, Parkinson’s disease and possibly even paralysis.

Yet some researches may have illustrated that carbon nanotubes seem to hamper with a critical signaling transaction in neurons. Supposedly they have a suspicion on the tube’s significance in treating neurological disorders. Apparently no one knew as to why the tubes were supposedly causing an issue.

But the team of the researchers at Brown University has discovered that the tubes, apparently are not to be blamed. The scientists report that the metal catalysts which are used to form the tubes are the offenders, and that minuscule quantity of one metal ‘yttrium’ could delay neuronal activity. Even though other probable biological effects still need to be analyzed, the findings mean that carbon nanotubes without metal catalysts may be able to treat human neurological disorders.

Lorin Jakubek, a Ph.D. candidate in biomedical engineering and lead author of the paper commented “We can purify the nanotubes by removing the metals. So, it’s a problem we can fix.”

Jakubek apparently carried single-walled carbon nanotubes to the laboratory of Diane Lipscombe who is a Brown neuroscientist. The researchers zeroed in on ion channels which seemed to be placed at the end of neuron’s axons. These channels are known to be gateways of sorts which are supposedly motivated by changes in the voltage across neurons’ membranes. When an electrical signal called as an action potential, is activated in neurons, these ion channels ‘open’, each designed to take in a certain ion. One such ion channel passes only calcium, a protein that is critical for transmitter release and thus for neurons to apparently correspond with each other.

The scientists discovered that nickel and yttrium, two metal catalysts which may be used to form the single-walled carbon nanotubes, could be interfering with the ion channel’s ability to absorb the calcium. This was found by the experiments using cloned calcium ion channels in embryonic kidney cells.

As its ionic radius is almost alike to calcium’s, yttrium it was found in particular got stuck and prevented calcium from entering and passing through. It’s an ion pore blocker mentions Lipscombe, who specializes in neuronal ion channels and is a corresponding author on the paper.

The experiments apparently demonstrated that yttrium in trace amounts may be less than 1 microgram per milliliter of water and may disturb normal calcium signaling in neurons and other electrically active cells, an amount which is far lower than what had been thought to be safe levels. With nickel, the quantity needed to obstruct calcium signaling was supposedly 300 times higher.

Robert Hurt, professor of engineering and a corresponding author on the paper commented “Yttrium is so potent that … a very low nanotube dose” would be needed to affect neuronal activity.”

Jakubek believed that she was surprised the metals supposedly turned out to be the reason. Based on the literature, she thought it would be the nanotubes themselves.

This research was published in Biomaterials.