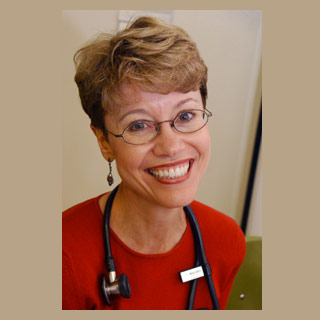 It seems that asthma predictors may not be successful in predicting the future risk of asthma attacks in people. Based on that, a study from the UT Southwestern Medical Center claims that screening tests which were used to foretell asthma activity in patients may not have much of tracking success when applied to people with constant disease who may be adhering to their health care regimens.

Earlier reports have claimed that particular clinical findings and laboratory tests may assist in predicting upcoming asthma attacks. Those prior conclusions, nevertheless, were supposedly based on observations of patients with poorly controlled asthma who apparently had not received care based on existing guidelines.

Dr. Rebecca Gruchalla, chief of allergy and immunology at UT Southwestern and the new study’s lead author, commented, “It was surprising to find that factors often used to predict future asthma risk in poorly treated populations were of no clinical benefit when applied to a well-treated, highly adherent population of inner-city adolescents and young adults with persistent asthma.”

Premature recognition of adolescents and young adults at threat for asthma progression may result in superior treatment chances and supposedly enhanced disease outcomes in adulthood.

The study incorporated approximately 546 adolescents and young adults between the ages of 12 and 20 with constant asthma. The condition is a complex disease of the airways that may be described by variable and recurring symptoms, airflow obstruction, bronchial hyper-responsiveness and underlying inflammation.

The patients were from about 10 cities across the U.S. They received care based on National Institutes of Health (NIH) guidelines for approximately 46 weeks and apparently adhered to the treatment regime. Regardless of the huge amount of disease characteristics scanned, nothing was found to be predominantly helpful in forecasting potential disease activity.

In order to assess patient characteristics that best envisaged prospective asthma symptoms and exacerbations, experts apparently looked at established measurements of disease activity like regularity of asthma symptoms and lung function as well as various markers of inflammation and allergic hypersensitivity.

Dr. Gruchalla mentioned that these findings highlight the need to identify better clinical predictors of asthma morbidity in patients who are both well-treated and who are obedient with their treatment regimes.

This study was published in the Journal of Allergy and Clinical Immunology.