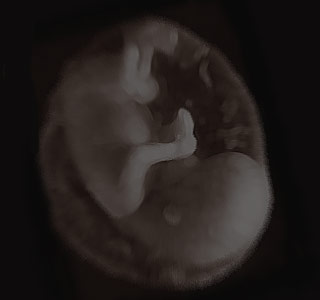 A novel study has revealed that constant exposure to minimum levels of carbon monoxide during pregnancy may cause harm to the brain cells of the fetus. This may perhaps also result in permanent destruction. This study was conducted by the experts from UCLA.

For the purpose of the study, the experts were believed to have exposed pregnant rats to 25 parts per million (ppm) carbon monoxide in the air. Apparently, California’s division of occupational health and safety (Cal/OSHA) believes that a contact level of 25 ppm carbon monoxide may be quite harmless.

“We expected the placenta to protect fetuses from the mother’s exposure to tiny amounts of carbon monoxide. But we found that not to be the case.” stated John Edmond, professor emeritus of biological chemistry at the David Geffen School of Medicine at UCLA.

Associate professor of head and neck surgery at UCLA, Dr. Ivan Lopez was noted to have tested the rats’ waste 20 days after the birth. It was observed that rats born to the animals who had inhaled the gas seemed to experience chronic oxidative stress. Evidently, this was believed to be a harmful condition caused due to excess free radicals or inadequate antioxidants.

Dr. Lopez has further stated that, “Oxidative stress damaged the baby rats’ brain cells, leading to a drop in proteins essential for proper function. Oxidative stress is a risk factor linked to many disorders, including autism, cancer, Alzheimer’s, Parkinson’s, Lou Gehrig’s disease, multiple sclerosis and cardiovascular disease. We know that it exacerbates disease.”

Dr. Edmond believes that the small levels of carbon monoxide in the mother rats’ environment may have made their children more susceptible to developing this illness. He suggests that strategy planners could possibly need to constrict their guidelines for carbon monoxide.

It was noted that the smoke released from tobacco, stoves, ovens and gas heaters may generate carbon monoxide which could in turn elevate in concentration in well-insulated homes. Apparently, infants and children may mainly be susceptible to carbon monoxide exposure because they tend to spend a lot of time inside the house.

Evidently, at present there seem to be no policies to keep a check on the gas in residents. In addition, a majority of commercial home monitors may sound an alarm after the concentrations may have reached about 70 ppm. It has also been pointed out that this concentration may be almost three times the level set by Cal/OSHA.