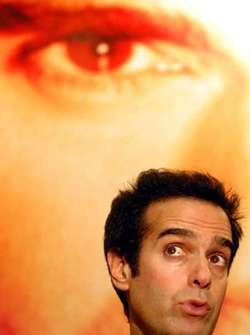 The man who made the Statue of Liberty appear to vanish may soon claim to do the same for unsightly bags and wrinkles. Master illusionist David Copperfield says he has found the “Fountain of Youth” in the southern Bahamas, amid a cluster of four tiny islands he recently bought for $50 million.

One of his islands in the Exuma chain, Musha Cay, is a private resort that rents for up to $300,000 a week and the other islands serve as buffers to keep prying eyes away from celebrity guests on the white sand beaches.

Copperfield is coy about his reasons for the Fountain of Youth claim, but the man best known for entertaining with grand deception insists his archipelago also contains the legendary waters that bestow perpetual youth. Seriously.

Copperfield, who turns 50 next month, said he had hired biologists and geologists to examine its potential effect on humans but he’s not inviting visitors to swim in or drink from it just yet.