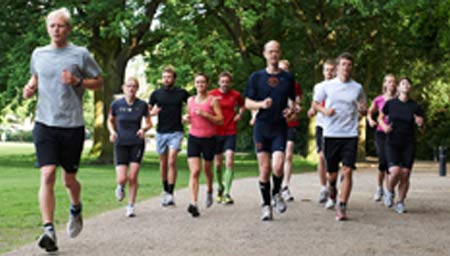 It’s a general notion that athletes undergo vigorous training for excelling in their performances. However, a new study by scientists at the University of Copenhagen has shown that runners can enhance their health and performance by experiencing less training.

Basically, this new study reported in Journal of Applied of Physiology, showed that the new concept of 10-20-30 training may improve runners’ health and their performances too. As part of the trial, 18 average-trained runners were exposed to the 10-20-30 training concept developed by the team.

As per the results, the participants reached their goals faster by 23 seconds on a 1500m race and about 1 minute earlier on a 5km running race. This outcome was seen in spite of them reducing almost 50% of their overall training practices. Moreover, their blood pressure levels seemed to decrease along with drops in cholesterol levels.

“We were very surprised to see such an improvement in the health profile considering that the participants have been running for several years. The results show that the very intense training has a great potential for improving health status of already trained individuals,” commented Professor Jens Bangsbo, Department of Exercise and Sport Sciences, who heads the project.

The 10-20-30 training concept put forward by the investigators involves 1km warm up that is to be performed with moderate intensity. It is further accompanied by 3 to 4 sets of 5-minute running with 2 minutes rest regularly. Each block of running race constitutes 5 one-minute intervals in a trot. It is basically a low, medium and maximum intensity running session spread across intervals of 30, 20 and 10 seconds.

According to the scientists, this training concept is easily adaptable by most considering that it’s a matter of 20 to 30 minutes. Also, low-speed running accompanied by 2-minute rest periods makes it attainable for people with any level of fitness.