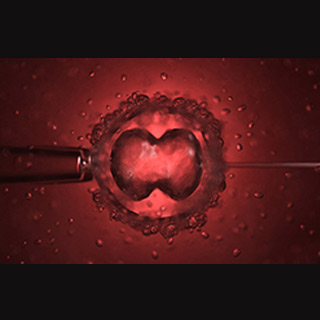 Here is some good news to couples who are facing fertility problems. A research from Yale School of Medicine claims that embryos that most possibly could lead to a pregnancy are vital to the effectiveness of in vitro fertilization (IVF) but are hard to recognize. Researchers at Yale School of Medicine are headed by Emre Seli, M.D. They are developing a quick, non-invasive experiment to assist in evaluating embryo feasibility for IVF.

Women going through infertility treatment with IVF are hormonally stimulated to manufacture numerous eggs, which are then fertilized in the lab. In majority of the cases, multiple embryos are produced and cultured. Choosing embryos for implantation is at present believed to be extremely subjective.

Seli, associate professor in the Department of Obstetrics, Gynecology & Reproductive Sciences at Yale, commented, “It’s a guessing game that can end in IVF failure or multiple pregnancies. Our goal is to find a way to pinpoint the embryos with the best chance of success, so that we can transfer fewer embryos and cut down on the possibility of multiple pregnancies without reducing the pregnancy rate.”

To spot the distinction between a feasible and non-viable embryo, Seli and his team have examined the metabolomic outline of exhausted embryo cultures. A metabolomic profile is the exclusive chemical fingerprint that apparently is the outcome from the metabolic activity of embryos in culture. The team formerly discovered that metabolomic profiling could provide an immediate photograph of the physiology of a cell. This non-invasive way may provide a practical addition to the present embryo grading systems based on the configuration of the embryo and the speed at which the embryo divides.

Seli mentioned, “These findings have important implications for the more than 125,000 IVF cycles performed yearly in the United States. The high multiple pregnancy rates associated with IVF have significant public health consequences, such as decreased survival and increased risk of lifelong disability associated with severe prematurity.”

Building on this innovative discovery, Seli and his team have found that a feasibility score produced by non-invasive evaluation of embryo culture media via metabolomics impacted pregnancy results in women treated in four diverse centers in Europe and Australia.

The research was presented at the American Society for Reproductive Medicine (ASRM) meeting held in Atlanta.