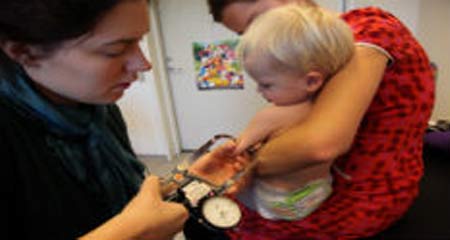 Most professionals advise women to breastfeed their children till they are at least a year old. Stressing it further, experts from the University of Copenhagen have revealed that breastfed children apparently follow a healthy pattern of growth which keeps them safe from lifestyle diseases and obesity.

This link was not observed in kids who were not breastfed. The SKOT study which examined nearly 330 healthy children when they touched 9, 18 and 36 months of age revealed a noticeable advantage of breastfeeding. This trial is part of a PhD project from LIFE – the Faculty of Life Sciences at the University of Copenhagen.

The team found that breastfeeding seemingly reduced the proportions of growth hormones like IGF-I and insulin in the bloodstream, which implied that the growth rate of the child is slightly on the slower side. This supposedly led to lower risk of being overweight and diabetic at a later stage of life. The scientists believed that the transition from breast milk to solid foods is crucial as it is responsible for regulating the growth and risk factors for diseases in children.

“We can see that breastfeeding has a significant, measurable effect on the important growth regulators in the blood, IGF-I and insulin. The more times the child was breastfed, the lower the hormone levels. This suggests that the child has a slightly lower risk of becoming overweight later in childhood. At the same time, there was a correlation between how long the children were breastfed and their weight at 18 months,” cited PhD Anja Lykke Madsen.

The investigators found that breastfeeding reduced the levels of growth hormones at 9 months, which is the time when kids are usually exposed to solids. Notably, children who were breastfed for a longer time span seemed to have lower weight when they reached 18 months of age. This correlation between breastfeeding duration and body weight appeared to be inversely linked which meant higher the former, lower was the latter.

The study is presently being expanded to gauge the long-term effects of breast feeding.

Anemia-reducing medicines may be linked to deep vein thrombosis in cancer...