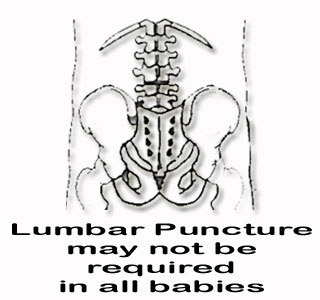 Various cases of lumbar puncture or spinal tap in infants have been reported in numerous children’s hospitals. Panicked parents usually rush their babies to the hospital, when their infant suffers from seizures that may have been caused by very high fever. In an attempt to prevent bacterial meningitis, usually spinal tap is conducted on the young infants. However, a latest study has revealed that this procedure can occasionally be ruled out in certain cases.

Researchers conducted this study at the Children’s Hospital Boston. They state that the spinal tap procedure can be ruled out in children, who may have experienced a simple febrile seizure. The life of this generalized form of seizure is believed to be for no more than 15 minutes. Simple febrile seizures apparently run in the family. They supposedly occur due to the brain’s incapability to adapt to the varying changes in temperature.

This seizure is experienced in an estimated 5 percent of children aged 6 months to 5 years.

Study’s first author, Amir Kimia, MD, Children’s Division of Emergency Medicine, says that, “This means we might see at least one case per day in the emergency room. When it’s a first event, it’s pretty scary for parents – they usually call 911.”

This is stated to be the first study of its kind to mainly concentrate on those 6 to 18 month old infants who were believed to face the highest risk of bacterial meningitis.

Kimia and colleagues examined the medical records of more than 700 babies admitted in the emergency room of the Children’s Hospital Boston. It has been stated that around 38 percent of these infants had to undergo lumbar puncture. In a small percentage of these children, increase in white blood cell count, in their cerebrospinal fluid was found; thus signifying a potential viral infection. Due to the absence of any pathogen in the cerebrospinal fluid cultures, none of the infants suffered from bacterial meningitis.

However Kimia cautions that, “Lumbar puncture should be considered based on clinical presentation, rather than being done routinely. If a child appears very ill, is lethargic, fussy, non-responsive, has neurologic symptoms, or has certain clinical signs (such as a certain type of rash or a bulging fontanelle), lumbar puncture should be considered no matter how old the child is.”

Apparently, the lumbar puncture has to be conducted with the help of local anesthesia and occasional sedation. Kimia says that this is a harmless procedure with very low chances of complication occurrence. But since needles have to be used, the physicians try to avoid conducting this procedure, until it’s completely mandatory.

The study author’s say that they usually find it very difficult to convince anxious parents, that their child does not require a workup. Thus they hope that this study may have put the mind of innumerable anxious parents, at rest.

Their findings are published in the Pediatrics issue.