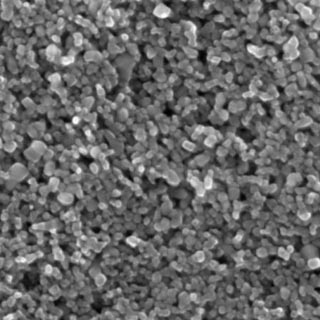 Study experts from UCLA’s Jonsson Comprehensive Cancer Center claim that titanium dioxide nanoparticles which are present in everything from cosmetics to paint and vitamins apparently cause systemic genetic damage in mice.

Titanium dioxide (TiO2) nanoparticles apparently stimulates single- and double-strand DNA breaks and causes chromosomal damage, in addition to inflammation, all of which apparently augments the risk of cancer.

The UCLA study is claimed to be the first to exhibit that the nanoparticles had such an impact. This was mentioned as per senior study author Robert Schiestl, UCLA professor of pathology, radiation oncology and environmental health sciences and a Jonsson Cancer Center scientist.

Once in the body, the TiO2 nanoparticles apparently hoard in diverse organs as the body does not seem to have any way to eradicate them. And since they are supposedly so minute, they appear to travel everywhere, even through cells, and may also hamper with sub-cellular mechanisms.

In the past, these TiO2 nanoparticles have been believed to be non-toxic since they apparently do not provoke a chemical reaction. Rather, it is alleged to be the surface interactions the nanoparticles have inside their surroundings, in this case within a mouse that could cause genetic damage. They roam throughout the body apparently causing oxidative stress, which could result in cell death.

Schiestl commented, “The novel principle is that titanium by itself is chemically inert. However, when the particles become progressively smaller, their surface, in turn, becomes progressively bigger, and in the interaction of this surface with the environment, oxidative stress is induced. This is the first comprehensive study of titanium dioxide nanoparticle–induced genotoxicity, possibly caused by a secondary mechanism associated with inflammation and/or oxidative stress. Given the growing use of these nanoparticles, these findings raise concern about potential health hazards associated with exposure.”

Schiestl added, “It could be that a certain portion of spontaneous cancers are due to this exposure. And some people could be more sensitive to nanoparticle exposure than others. I believe the toxicity of these nanoparticles has not been studied enough.”

In the study, mice were apparently exposed to the TiO2 nanoparticles in their drinking water and supposedly started exhibiting genetic damage on the fifth day. The human counterpart is said to be 1.6 years of exposure to the nanoparticles in a manufacturing setting.

The study states these data suggest that one should be concerned about a potential risk of cancer or genetic disorders, especially for people occupationally exposed to high concentrations of titanium dioxide nanoparticles and that it might be prudent to limit their ingestion through non-essential drug additives, food colors, etc.

The study appears in the journal Cancer Research.