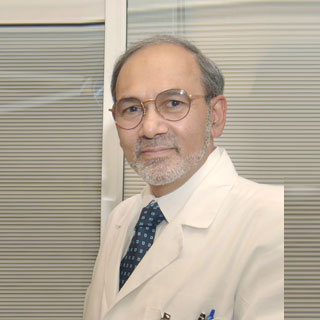 The findings come from the biggest clinical investigation to assess the connection between chest compressions by emergency medical service (EMS) providers prior to the first attempted defibrillation and survival to hospital discharge. Out-of-hospital cardiac arrest may be one of the principal causes of early death all over the world. The survival may be frequently less than about 5 percent.

“It’s a common problem, because rescuers are involved in so many other tasks — checking for a pulse, starting intravenous therapy and giving ventilation, among other things. Compressions are being interrupted half of the time or more, and that has a detrimental effect on the survival of patients. This study reinforces that interrupting chest compressions has a bad effect on survival. It also provides a rationale for relatively simple changes to CPR training and practice, that if implemented are likely to improve survival,” commented, Dr. Ahamed Idris, professor of emergency medicine at UT Southwestern and a pioneer in resuscitation research and CPR.

Dallas-area paramedics and firefighters are apparently being prepared to start CPR instantly and to administer continuous chest compressions for about two minutes before re-checking the heart rhythm or using a defibrillator to shock the heart.

In this study, the experts apparently examined data from patients in the Resuscitation Outcomes Consortium (ROC) who had suffered from cardiac arrest with a heart rhythm apparently signifying ventricular fibrillation or ventricular tachychardia. The experts concentrated on the outcome of the amount of chest compressions which the paramedics administered per minute before they shocked the heart.

Preceding animal studies have established that disturbances in chest compressions may reduce coronary and cerebral blood flow. Based on extra clinical and laboratory observations, the American Heart Association and the European Resuscitation Council Guidelines for Cardiopulmonary Resuscitation in 2005 supposedly advised in raising the percentage of time spent in delivering chest compressions.

In 2008 the American Heart Association updated its CPR guidelines and now advises that bystanders apparently only execute continuous chest compressions for cardiac arrest instead of merging chest compressions with mouth-to-mouth ventilation.

The data for this study was gathered from the ROC, which apparently includes about 11 regional clinical centers to examine lifesaving interventions for grave trauma and unexpected cardiac arrest.

The findings are published in the Journal Circulation.