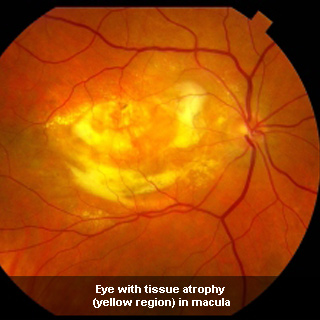 Age-related macular degeneration is said to be the reason for progressive injury to the macula, the center of the retina, which enables us to see clearly. When the macula worsens, people apparently suffer darkness or haziness in their central vision, thereby averting them from reading, driving and identifying faces.

Pertaining to AMD, a study from UCLA claims that even post 80 years, smoking seems to carry on augmenting one’s threat for AMD. This disease is alleged to be the top reason for blindness in Americans over 65 years.

After age, smoking is believed to be the second most general threat cause for AMD. This study wanted to find out whether age impacts the consequences of smoking on AMD risk.

“The take-home message is that it’s never too late to quit smoking,” commented, lead author Dr. Anne Coleman, professor of ophthalmology at the Jules Stein Eye Institute at UCLA.

Coleman and her colleagues apparently trailed a group of approximately 1,958 women who experienced retinal photographs at five-year intervals. The baseline exam commenced at age 78. It was observed that around 4 percent, or 75 of the women, smoked. The study authors pitted against each other, the retinal images at ages 78 and 83, to verify the form of AMD. They also wanted to assess whether smoking could influence the women’s probability of developing the disease.

Coleman mentioned, “Age is the strongest predictor for AMD, yet most of the research in this field has been conducted in people younger than 75. Our population was considerably older than those previously studied. This research provides the first accurate snapshot of how smoking affects AMD risk later in life.”

Coleman remarked, “We saw a slightly higher rate of AMD in women after age 80, but the rate was dramatically higher in older women who smoked. The bottom line is that AMD risk increases with age. And if you smoke, your risk of developing the disease rises even more.”

It has been assumed that cigarette smoking seems to augment the threat of AMD by decreasing serum antioxidant levels, thereby shifting blood flow to the eyes and diminishing retinal pigments.

The findings of the study were published in the American Journal of Ophthalmology.