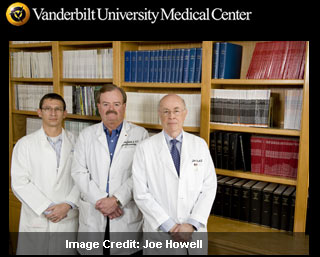 A commonly used pain reliever acetaminophen appears to have the potential to safeguard the kidneys from damage. At least that’s what an international team led by scientists at Vanderbilt University Medical Center believes. The investigators observed that apparently acetaminophen prevented oxidative damage and kidney failure post muscle injury in a rat model

Individuals may note that severe muscle injuries suffered in earthquakes, car accidents and explosions and muscle damage from excessive exercise or statin drug interactions could lead to life-threatening kidney damage. Treatment seems to have been restricted to intravenous fluids and dialysis. This novel analysis appears to support additional investigation of the drug’s effects in patients with severe muscle injuries.

“This is a novel application of acetaminophen. The idea came from two groups working on different things and getting together to create something new,” mentioned the study’s lead author, Olivier Boutaud, Ph.D., research associate professor of Pharmacology.

A condition called rhabdomyolysis seems to be the result of skeletal muscle being damaged and breaking down (lyses). It apparently releases its cellular contents, including myoglobin, into the bloodstream. Nearly 10 years ago, L. Jackson Roberts, II, M.D., and colleagues demonstrated in a rat model how the released myoglobin could deposit in the kidney, consequently causing kidney failure. It seems to do so by inducing oxidative damage to the kidney.

Near about the same period, Boutaud and John Oates, M.D., professor of Medicine and Pharmacology, claim to have been investigating the actions of acetaminophen. Supposedly, they uncovered acetaminophen to block a ‘peroxidase’ activity in an enzyme named cyclooxygenase. Informal conversations concerning the studies led members of the two teams to an interesting observation. They realized the myoglobin in the rat rhabdomyolysis model could have a ‘pseudo-peroxidase’ type of activity probably identical to the peroxidase activity blocked by acetaminophen.

“We said, ‘aha, maybe acetaminophen would inhibit the pseudo-peroxidase activity of hemoproteins like myoglobin,’” Roberts remarked “And it does.”

Acetaminophen it was found when administered before or after the skeletal muscle injury in the rat model seemed to prevent oxidative injury to the kidneys. It was also alleged to have enhanced renal function and lowered renal damage. Importantly, the experts found the effective acetaminophen concentrations in the rat to match normal therapeutic concentrations in humans. The rat model studies were conducted by Kevin Moore, M.D., Ph.D., and his colleagues at the University College London Medical School.

“The rat rhabdomyolysis model is a proof-of-concept of what we showed in vitro and suggests broad applications of acetaminophen,” Oates further mentioned.

In conjunction with Robert Mericle, M.D., in the Department of Neurological Surgery, the investigators, in collaboration claim to already have a blinded clinical trial under way which seems to test the effects of acetaminophen in patients with subarachnoid hemorrhage. This condition involves lyse of red blood cells in the cerebrospinal fluid releasing hemoglobin, seemingly showing the same potential for causing oxidative damage, according to Roberts .

The scientists are of the opinion that acetaminophen may prevent tissue damage in other conditions that involve blood cell lysis, like sickle cell disease and malaria. It may also be effective in heart attacks that include breakdown of cardiac muscle to release myoglobin into the circulation. Roberts additionally indicates that soldiers at risk of suffering muscle injuries from gunfire or explosive devices could particularly benefit from immediate administration of acetaminophen in the battlefield.

However primarily controlled studies in humans need to be performed to confirm acetaminophen’s kidney damage prevention action. This should also help ascertain its safety. Presently Oates, Boutaud and Roberts have filed a patent for this use of acetaminophen.