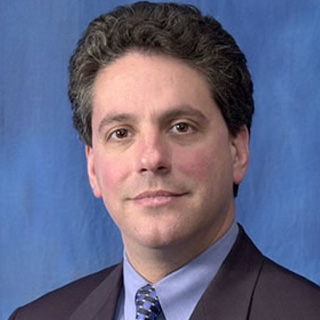 Cancer is a very critical and life-threatening disease. Scientists are coming up with new ways in attempting to combat this deadly disease. A new study from University of Michigan Comprehensive Cancer Center claims that freezing a cancer cell may destroy it and also seems to produce an immune response that may aid in halting cancer transmission, thereby resulting in enhanced survival rates over surgery.

Study authors apparently observed two diverse cryoablation methods, which both apparently include putting on a cold probe to a tumor to freeze it. The study was said to be performed in mice suffering from breast cancer. One technique supposedly encompasses freezing the tumor swiftly, in roughly 30 seconds and the other freezes the tumor unhurriedly, taking some more minutes. Outcomes from the cryoablation were believed to be pitted against the results from mice whose tumors were eliminated with surgery.

Both cryoablation systems apparently effectively destroyed the breast tumor. It was seen that the mice treated with the rapid freeze appeared to have had lesser tumors that transmit to the lungs and enhanced survival as opposed to the slower freezing method. The study exhibited that the advantage from the rapid freezing could probably owe to alterations in the immune system that seemingly aid in destroying the tumor. Freezing with the slower method was not able to efficiently destroy the tumor as opposed to the faster method.

Based on these outcomes from mice, scientists are now performing a clinical trial using cryoablation in patients with breast cancer. In this trial, study authors apparently used the quick freezing method.

Lead study author Michael Sabel, M.D., associate professor of surgery at the U-M Medical School, commented, “Cryoablation has strong potential as a treatment for breast cancer. Not only does it appear effective in treating the primary tumor with little cosmetic concerns, but it also may stimulate an immune response capable of eradicating any cells that have traveled throughout the body, reducing both local and distant recurrence, similar to giving a breast cancer vaccine.”

Sabel mentioned, “What we learned in this study is that all cryoablation is not equal. The technique used to freeze the tissue can have a significant impact on how the immune system responds. The system we use today appears to be ideal for both destroying the tumor within the breast and generating an anti-cancer immune response.”

U-M scientists are taking part in a national clinical trial to assess by means of cryoablation for early stage breast cancer. The subjects may experience rapid freezing of their tumor, and their blood samples would be examined to evaluate alterations in their immune system. Every participant may be treated three to four weeks later with normal surgery to eliminate their tumor.

The study is published in Annals of Surgical Oncology.