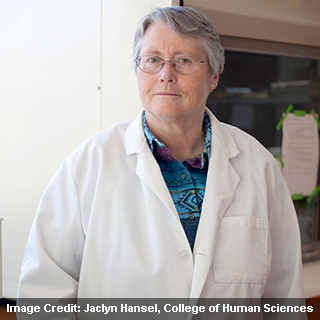 Flaxseed, in principle, is not a grain but it could be akin to grains in its vitamin and mineral profile. Flax comprises of much more fiber, antioxidants, and omega-3 fatty acids as opposed to grains. A new study from Iowa State University’s Nutrition and Wellness Research Center (NWRC) may provide men a way to fight high cholesterol devoid of drugs, if they don’t mind adding a dash of flaxseed into their daily diet.

The study investigated the effects on flaxseed lignan in roughly 90 people detected with high cholesterol. The outcomes seemed to exhibit that eating at least 150 milligrams of flaxseed lignans every day i.e. about three tablespoons reduced cholesterol in men, but not women. Around 10 percent reduction was seen in the past three months that they received the flaxseed.

Suzanne Hendrich, an ISU professor in food science and human nutrition, who led the study, admits that it could be significantly less than the anticipated result from cholesterol-lowering drugs, around 10 to 20 percent for three months, depending on the person. It is still apparently adequate enough to develop flaxseed into a more natural alternative for a few men.

Hendrich commented, “Because there are people who can’t take something like Lipitor, this could at least give you some of that cholesterol-lowering benefit. The other thing is, there are certainly some people who would prefer to not use a drug, but rather use foods to try to maintain their health. So this potentially would be something to consider.”

As per the Centers for Disease Control and Prevention, around 17 percent of Americans experience high blood cholesterol. The experts wanted to find out if the main lignan in flaxseed, secoisolariciresinol diglucoside, could lessen cholesterol.

The study’s 90 volunteers, who encompassed twice as many men as women were all suffering from high cholesterol, but no other underlying health conditions. The subjects were then split into three groups and were indiscriminately allocated to daily consume tablets that contained zero, 150, or 300 milligrams of flaxseed lignans for roughly 12 weeks.

It’s the flaxseed lignans, a set of chemical compounds seen in plants that are apparently identified for their shielding health effects that may aid in lowering cholesterol. These compounds are supposedly changed to their bioactive forms by gut microbes. Hendrich accounts that they seem to have made a strong switch in the subjects in this study, with no unfavorable health effects.

While the study discovered that the flaxseed lignans lowered cholesterol in men, it did not seem to generate a considerable alteration in women.

Hendrich remarked, “We’re really puzzled about that because we were looking at post menopausal women and these lignans are known as plant estrogens, so they have a very weak but measurable estrogen effect. So potentially, they would have a mild effect for substituting some estrogens in women. It’s really hard to know why [there was no effect in women] and whether these substances are counteracting, possibly, some testosterone in men, which of course women don’t have. It’s definitely something we’d like to investigate further.”

Ground flaxseed meal may also offer the preferred cholesterol-lowering lignans, but it could oxidize eventually and potentially influence the taste of the foods that it’s in. The expert indicates that the oxidation of the product could also reduce the flaxseed’s omega-3 fatty acids, which may avert heart attacks, so freshness seems to be vital in the product’s impact.

The study would be presented at the American Society for Nutrition’s annual meeting at Experimental Biology 2010.