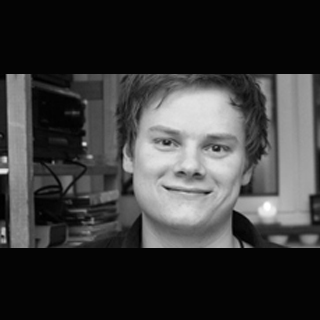 Researchers working on DNA cannot do without luminescent markers, or so it seems. However, these markers at times cause problems thereby destroying the function and structure of DNA when inserted. While others have such low lights that they can hardly be detected in hereditary material. Hence, there has apparently been a demand for alternative markers.

This demand seems to have been met through the tool developed by PhD Student Soren Preus studying in the Department of Chemistry at the University of Copenhagen. The tool was developed in collaboration with researchers from the Chalmers Technical University. The name given to this tool that appears to deal with both the problems stated above, is the molecular gauge.

Soren Preus investigated the two luminescent so-called DNA base analogues tCO and tCnitro, to try and determine whether the structure of the DNA could be measured without unsettling it. His analysis indicates that the DNA can remain the same through the insertion of the molecular gauge. The good part of this tool seems to be the fact that one base of the analogue is effective at receiving light, while the other can emit it efficiently. Since the two luminescent markers can transfer light from one to the other, they can be used for the measuring technique called Fluorescence Resonance Energy Transfer (FRET).

In other words, FRET measurements are carried out by compelling two luminescent markers to transport light-energy from one to the other and then measuring the efficiency of the transfer. The two markers are placed in a DNA-helix and when they are exposed to a lightpulse, one marker (tCO) emits part of the energy to the other (tCnitro). This energy transfer is calculable. Researchers can measure the exact distance and angle of the two markers by calculating backwards.

With information regarding the distance and angle of the markers, researchers can measure the distance and angle of the natural base pairs in the DNA structure as well. With these measurements, researchers may be able to piece together a picture with every twist and turn of the structure. As the structure and function are closely related in DNA, the method possibly can reveal new insights into the working of DNA.

FRET measurements are nothing new to researchers. However, the ‘newness’ has been brought around by Soren in collaboration with the Swedish research institute, Chalmers University of Technology, by developing one of the base analogues tCnitro. What seems to be more important is the fact that Preus has utilized the services from Molecular Engineering Group at the University of Copenhagen. He has made use of these facilities to analyze every aspect of the energy-transfer between the two markers as this allows future DNA-researchers to translate measurements to structure.

Preus anticipates that the new tool may find its purpose in characterizing the structural changes that occur due to the binding of proteins with DNA or RNA, as that might help in understanding basic cellular mechanisms. But what seems to be more important is that the molecular gauge can be used to keep a tab on the exact working of new drugs when they bind to DNA or RNA.