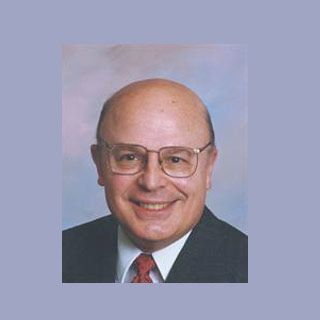 Myotonic dystrophy is a highly inherited, chronic disease which slowly progresses to weaken the muscles. This disease, which can occur at any age, apparently has no approved medication. However, study authors at the University of Rochester Medical Center, claim to have found mexiletine, effective at treating myotonia. Ironically, mexiletine is a chemical used as a medication to treat heart arrhythmias. It has been estimated that approximately 40,000 Americans suffer from myotonic dystrophy.

The course of the disease can vary dramatically from patient to patient. Also, the symptoms like muscle stiffness, difficulty speaking and swallowing, problems walking may vary. Some patients may develop heart problems and cataracts. Simple, everyday tasks like turning a lock in a key, writing with a pen or pencil or even picking up and setting down a pitcher of water apparently appear to be appalling tasks for patients with myotonia. The very first symptom, may occur when a patient shakes someone’s hand, and cannot relax his or her grip for several seconds.

Neurologist Richard Moxley III, M.D., an author of the study and an international expert on muscular dystrophy shared that several doctors, probably believed that mexiletene helps relieve myotonia though this is the foremost one to reveal the same.

Moxley, the director of the University’s Neuromuscular Disease Center, head of the University’s Senator Paul D. Wellstone Muscular Dystrophy Cooperative Research Center and professor of Neurology, mentioned, “It’s important for physicians who treat patients to know that mexiletine is an option. Several physicians who specialize in treating patients with myotonic dystrophy have found it to be effective for their patients, but we really wanted to study the issue closely. The medication really addresses myotonia quite well, with no additional risk.”

While experimenting with mexiletine, the study authors, made healthy people and patients suffering from myotonic dystrophy, squeeze the handles of a computerized device that measures force. The investigators then measured the amount of time taken by the people as well as patients to relax their grip. The outcome was that most healthy people took one-third of a second or less to relax. But in case of the patients, the relaxation took many seconds.

Two groups of 20 patients were confirmed of myotonic dystrophy through genetic analysis. These patients were then studied by the authors. It then appeared that each patient either received placebo, or 150 or 200 milligrams of mexiletine three times a day, for seven weeks. The patients were not given any medication for several weeks. Participants were then provided with other treatment for a period of another seven weeks.

It was then revealed to the authors, that three daily doses of mexiletine of either 150 or 200 milligrams per dose help to ease myotonia. The experiment of relaxation after grip probably helped the authors to find that mexiletine reduces the abnormally long relaxation by 38 percent at the lower dose and 59 percent at the higher dose. However, patients receiving placebo, did not gain any benefit at all. Participants were residing in the University’s Clinical Research Center itself because the drug could possibly affect the heart. In the centre, their hearts were closely monitored but no detrimental effects were noted. Also, cardiac rhythms remained normal.

Myotonia is caused due to a sort of molecular stutter that causes electrical signaling in muscle cells to go astray, which further makes the muscle stick in the ‘on’ position. Mexilatine aids the muscle to compensate for the ion channel abnormality. It is this abnormality, which is the core of the disease. The mutation slows down the number of functioning muscle chloride channels and causes decreased movement of the chloride ion across the muscle membrane. This leads to excessive muscle irritability and repeated spontaneous activation of muscle fibers which further results in muscle stiffness and delayed relaxation after contraction. To decrease muscle irritability, mexiletine works through the sodium channels as it is functioning normally.

The findings were published on May 4 in the journal Neurology, a publication of the American Academy of Neurology.