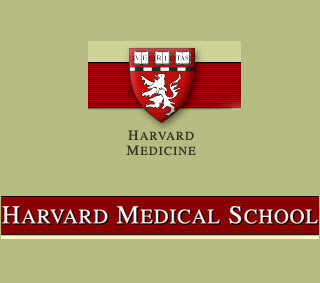 Researchers reveal that our gut similar to those of most mammals is filled with thousands of species of bacteria. Researchers from Harvard Medical School and New York University share that a single species of bacteria that exists in the gut appears to stimulate a flow of immune responses that may result in development of arthritis. The ailment is known to be a group of conditions that involve damage to the joints of the body.

Many of the bacteria present in the gut assist and aid in the development of a normal, healthy immune system. Researchers observed that the gut-residing bacteria can play a role in disorders of the immune system and especially autoimmune disorders in which the body attacks its own cells. Arthritis, they say is one such autoimmune disorder. They made this discovery while they were working on mice prone to arthritis.

Diane Mathis, an HMS professor of pathology shares that “In the absence of all bacteria, these mice didn’t develop arthritis, but the introduction of a single bacterium was enough to jump-start the immune process that leads to development of the disease”.

Researchers raised arthritis prone mice in a germ-free environment. It was observed that the mice had much lower levels of arthritis causing autoantibodies than mice raised in a non-germ-free facility. They identified that the germ free mice showed strong depletion in the beginning and severity of clinical arthritis.

Mice were transferred to a non-germ-free facility at three weeks of age. Researchers introduced segmented filamentous bacteria into their systems. It was observed that when they introduced these normally-occurring bacteria into the mice they began producing auto antibodies and developed arthritis within four days. First author Hsin-Jung Wu, a postdoctoral researcher at Harvard Medical School emphasizes that these bacteria do not cause the mice to ‘catch’ ‘arthritis’

Chain of complex events that often lead to arthritis was mapped out by the team. They revealed that the segmented filamentous bacteria stimulate the animals to produce more of a particular subset of T cells. It was observed that the immune system reacts to the activity of the T cells as it would react to a foreign threat and generates autoantibodies that prompt the devastating disease.

Researchers observed that the progress of an autoimmune disease that affects tissues distant from gut is influenced by the bacteria in the gut. Gut residing bacteria have been associated to diseases such as irritable bowel syndrome. The mechanism by which bacteria present in the gut that induces the growth of an autoimmune response ends in inflammation and pain in the joints was highlighted by this research.

In order to analyze the relation between the disease and autoimmune response researchers will continue to use this mouse model of arthritis. They decide to analyze the molecular explanation of how these bacteria enhance the growth of this subset of T cells. They would also investigate links with other autoimmune diseases and in particular type-1 diabetes.

The findings will appear in the June 25 issue of the journal Immunity.