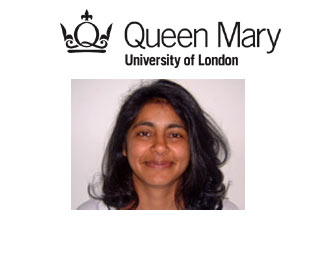 Beetroot juice is considered to be a healthy drink because it probably contains many vital vitamins and minerals. Investigators from the Barts and The London School of Medicine have mentioned that drinking 500ml of beetroot juice a day can aid in reducing blood pressure. The scientists have also shed light on the fact that these findings may provide suggestions of vital importance for the treatment of cardiovascular disease.

The authors affirmed that the ingestion of dietary nitrate present in beetroot juice and green, leafy vegetables reduce blood pressure. Initially vegetable-rich diets were ascertained to contain antioxidant vitamin. But this study has highlighted one more reason to increase vegetables and beetroot juice in the daily diet.

During the study investigators reported a blood pressure reduction in healthy volunteers within 1 hour of ingesting beetroot juice. Also they observed a peak drop which occurred 3-4 hours after ingestion. Till 24 hours of ingestion some degree of reduction continued to appear. The authors hold chemical formation of nitrite from the dietary nitrate in the juice responsible for the reduction in blood pressure.

Professor Amrita Ahluwalia of the William Harvey Research Institute at Barts and The London School of Medicine, and Professor Ben Benjamin of Peninsula Medical School and the lead author of the study quoted, “Our research suggests that drinking beetroot juice, or consuming other nitrate-rich vegetables, might be a simple way to maintain a healthy cardiovascular system, and might also be an additional approach that one could take in the modern day battle against rising blood pressure.”

The scientists explained that the bacteria on the tongue convert the nitrate present in the juice into nitrite. Once this nitrite-containing saliva is swallowed it seems to convert into nitric oxide or re-enters the circulation as nitrite. They discovered a link between the peak time of reduction in blood pressure and the peak levels of nitrite in the circulation. However, a similar association was not registered in a second group of volunteers who did not swallow their saliva during, and for 3 hours following, beetroot ingestion.

An abnormally increased blood pressure is predicted in more than 25 per cent of the world’s adult population and this figure may heighten to 29 per cent by 2025. Approximately 50 per cent of coronary heart disease and 75 per cent of strokes are supposedly caused due to hypertension.

The authors further unraveled that projecting nitrate as the cardio-protective effect of a vegetable-rich diet may aid scientists to come up with more approaches for cardiovascular disease treatments. Moreover, this treatment offers a natural and low cost approach.

The study is published online in the American Heart Association journal Hypertension.